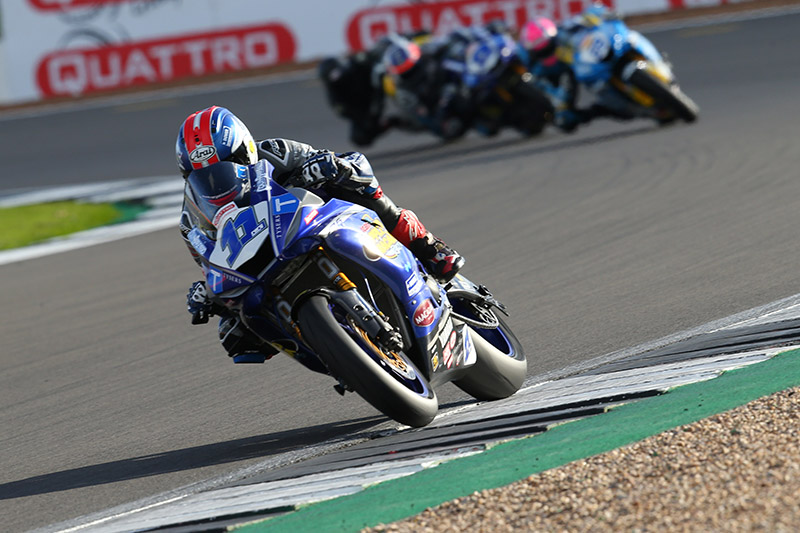 Tysers Yamaha rider Rory Skinner extended his unbeaten run in the 2020 Quattro Group British Supersport Championship to six races with another double victory around the Silverstone National circuit, extending his championship lead to 66 points at the halfway point of the season.

This weekend’s races once again were held behind closed doors, due to the coronavirus pandemic, but broadcast live on TV. Having fought through from seventh to win Saturday’s 18-lap Sprint race after a small technical issue, the 18-year-old from Perth stamped his authority on today’s 24-lap Feature race – winning by almost seven seconds despite a period spent behind the pace car.

Starting from pole position, the former Red Bull MotoGP Rookies Cup race winner grabbed the holeshot and had carved out a 1.6 second lead by lap four, before the safety car came out to neutralise the race and allow for debris from an accident to be cleared up.

Four laps behind the safety car saw the field bunch up, but at the restart Rory was again able to get the hammer down and break away from the following pack, taking the flag 6.760 seconds ahead of Tysers Yamaha team-mate Brad Jones, who won a thrilling battle for second place from Harry Truelove on another Yamaha.

“It’s been another mint weekend,” said Rory. “Silverstone is fast and very hard on tyres, but we used our track time really well during Friday’s free practices and were able to do a lot of laps on worn tyres, which really paid off in the longer race today. The Appleyard Macadam/Tysers Yamaha team have been brilliant. We had a small issue in the sprint race and the guys worked late into the night to change the engine. Today the bike was perfect and I was able to get the holeshot, for once, and ride my own race. I was a bit disappointed when the safety car came out, but I was able to find my rhythm again, break away from the battle for second and ride to my board. I’m really looking forward to Oulton Park in two weeks’ time. Hopefully we’ll be able to have fans at that event and I can’t wait to see what we can do there.”

Rory takes a 66 point advantage into the second half of the season, which starts at Cheshire’s challenging Oulton Park on the weekend of 18-20 September. 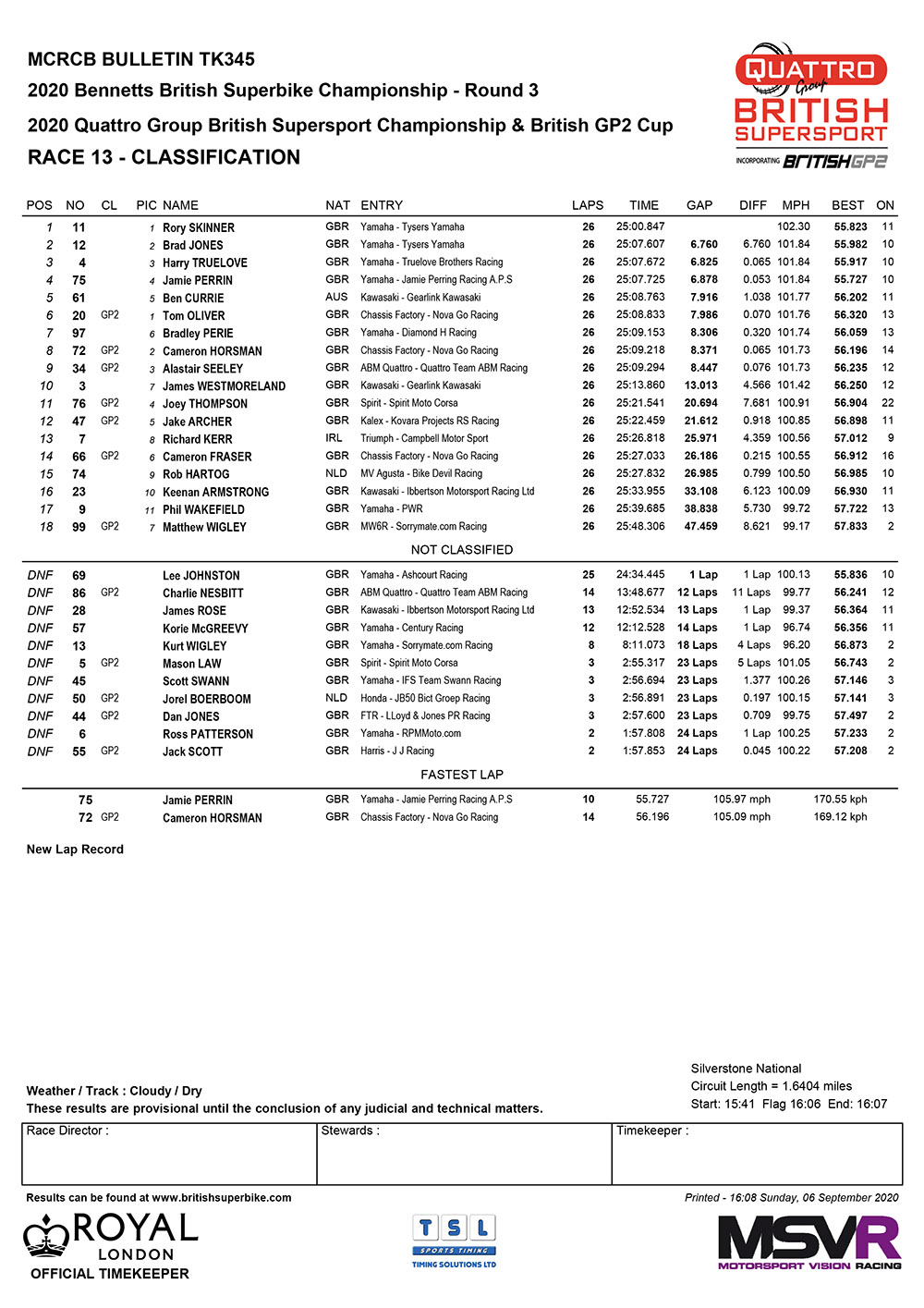 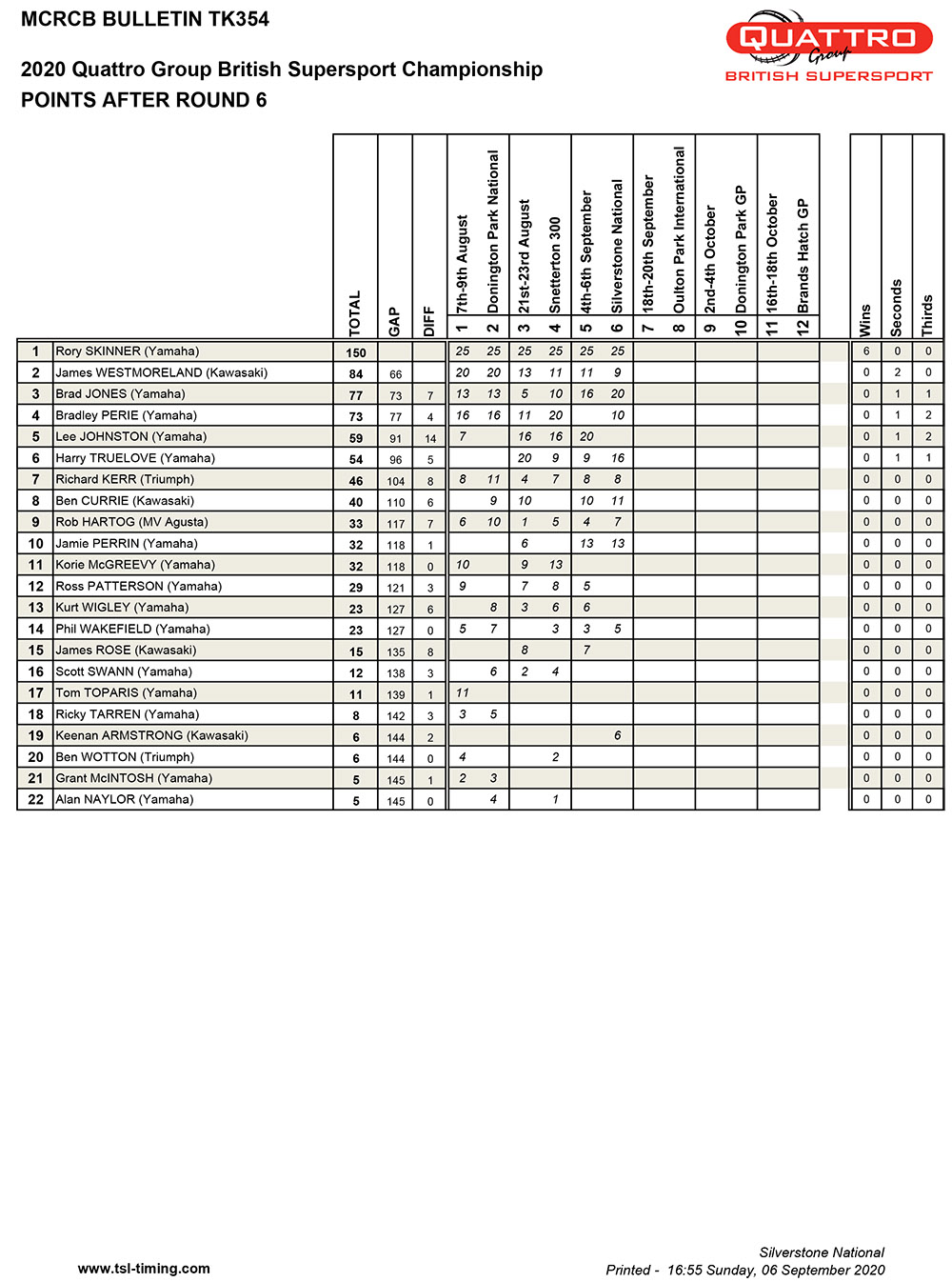