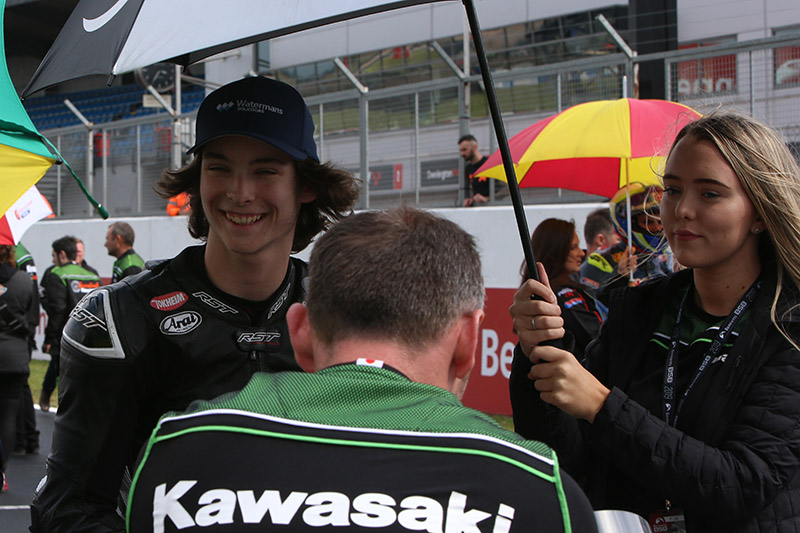 Norfolk’s long and fast Snetterton circuit plays host to the midway round of the 2019 Dickies British Supersport Championship this weekend, with Watermans Team MSR rider Rory Skinner looking to put the disappointment of his home meeting at Knockhill behind him with two strong performances.

The 17-year-old British Talent Cup champion is no stranger to the 2.97-mile circuit, having won there on his way to the inaugural title last year – although this will be the first time that the young Scot has raced a big bike around what is the longest track on the British superbike calendar.

Rory was on track for a podium finish last time out, at Knockhill, only to retire from the race less than three laps from home. Since that round, over two weeks ago, the Watermans Team MSR squad has engaged the services of Colchester-based Kawasaki tuning specialists MSS Performance in order to address some of the technical issues which have blighted them in the last three rounds. Since switching to a full supersport-spec bike at Donington Park for round three, the team have been plagued by gearbox and electrical issues, which ultimately cost Rory at least one podium finish at Knockhill.

“It’s good to be working with MSS,” said Rory. “We’re the only independent team running a ZX-6R this year, so having them go over the bike and to be on hand as a sounding board at the circuit will be invaluable. MSS have been racing Kawasakis since before I was born and what they don’t know about the ZX-6R isn’t worth knowing.

“The results at Knockhill were a disappointment but there were still a lot of positives to take from it. To be up there, fighting for the podium with the package we’ve got, showed that I am capable of riding a 600. I’ve probably lost about 40 championship points this year through factors that have been out of my control, so hopefully MSS can help iron out some of the problems we’ve been having and help me move up the championship.

“I’m realistic about the level of our package and I know that it will be a struggle for us to fight for the podium at every track, but Stuart Young Tuning and Harrison Performance have done a brilliant job in getting good power out of the engine, and the Kawasaki is known as a strong bike. It’s a season for me to learn the tracks and to gain experience on a bigger bike, but if we can overcome these issues there’s no reason why I can’t be regularly fighting for the top six, starting this weekend at Snetterton.”

This weekend’s races will be broadcast live on British Eurosport 2, with Saturday’s 10-lap Sprint race scheduled for 17:10 and the 15-lap Feature race heading off at 15:40 on Sunday.