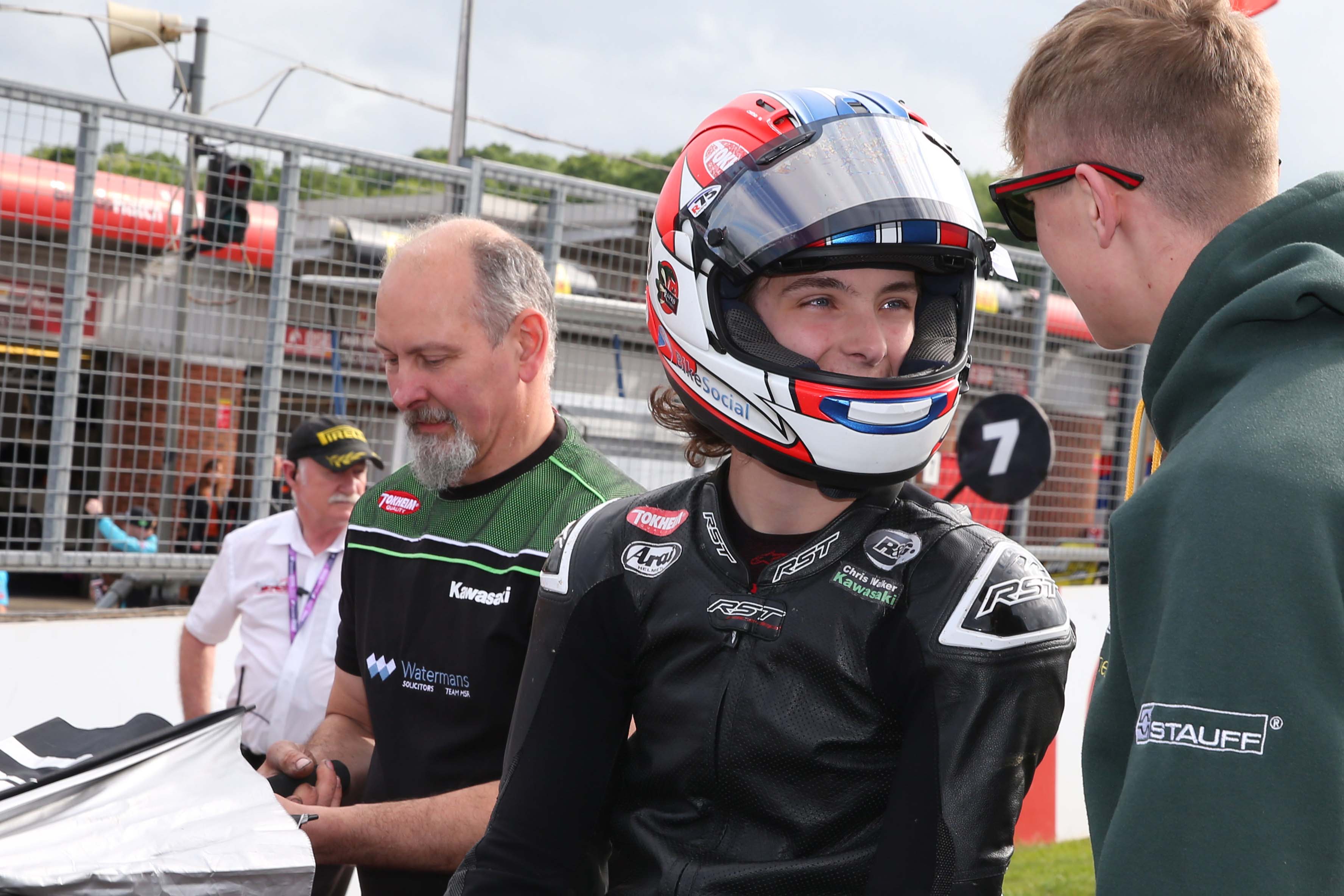 Rory Skinner and his Watermans Team MSR Kawasaki squad make the short trip south to the Knockhill circuit in Fife this weekend, for round five of the 2019 Dickies British Supersport Championship.

The 17-year-old British Talent Cup champion has made steady progress in his first full season on a 600cc machine, culminating in two fifth place finishes at Donington Park, and he is looking forward to returning to his local circuit on the Chris Walker Kawasaki supplied ZX-6R.

Skinner, from nearby Perth, knows the challenging 1.3-mile circuit well, having started out in club racing at Knockhill, and last year he combined his British Talent Cup commitments with competing in the Knockhill Motorsports Club’s Formula 600 championship, where he finished second in the standings despite missing a quarter of the races due to clashes with the Talent Cup. He also made his British national championship debut at Knockhill, setting a class lap record and missing out on the win by just 0.009 seconds in his first ever Pirelli National Superstock 600 outing. Later that day, the then 16-year-old made his debut in the British Supersport race as a guest rider, charging through from the back of the grid to finish 13thoverall on his superstock spec machine.

“Step by step we’ve been making improvements this season and I’m really looking forward to racing at Knockhill again,” said Rory. “We were late putting our team together and it’s no secret that we got caught out by the changes to the new 636cc ZX-6R. It seems that Kawasaki made some small changes to make the ZX-6R a better road bike, but which didn’t help us with developing a race bike. Pre-season testing and the first few rounds weren’t productive for us as we struggled to find a set up that worked. Thankfully Kawasaki UK stepped in to help. We’re on the right track now, and I was able to get back the feeling with the bike that I had last year at Donington Park.

“We had a test at Knockhill earlier this month and tried a few things, but mainly it was good to get plenty of laps in and I am happy with my race pace. At most races this year I have either been trying to learn the track, or we’ve been working on the bike set up, in the practice sessions so the good thing is that I should be in a position to get straight down to it at this weekend.

“The people at Knockhill have always been good to me over the years and I’ve always loved the track. This year is maybe even a little bit more special because so many people have helped me to get on track this season and for many of them this will be the first opportunity they’ve actually had to see me and the team racing. I am looking forward to seeing lots of friends, sponsors and supporters over the weekend and hopefully I can thank them for their support with two strong performances.”

Free practice for this weekend’s races takes place on Friday, with qualifying and an 18-lap Sprint race on Saturday and the 26-lap Feature race at 15:40 on Sunday.