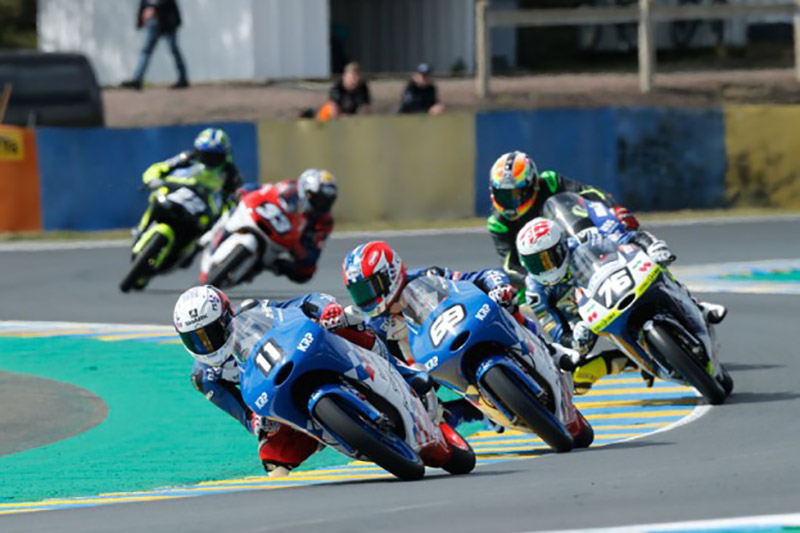 Rory Skinner scored his second successive top 10 finish in the second round of the FIM Moto3 Junior World Championship at Le Mans.

Having qualified in sometimes treacherous conditions the previous day, riders were treated to a far drier track in bright overhead conditions for race day with a warm ambient temperature.

Despite not having competed around the famous French circuit before, he was hoping to make progress during the race. He briefly did so immediately making an excellent getaway from the lights, moving up five places to take turn one in fifth. But riders around him braked later into the corner, crowding him out and demoting him down to 10th position.

Filip Salac passed dropping him a further place and following late position switching, he managed to recover on the final lap when Juame Masia fell from the leading four-bike group.