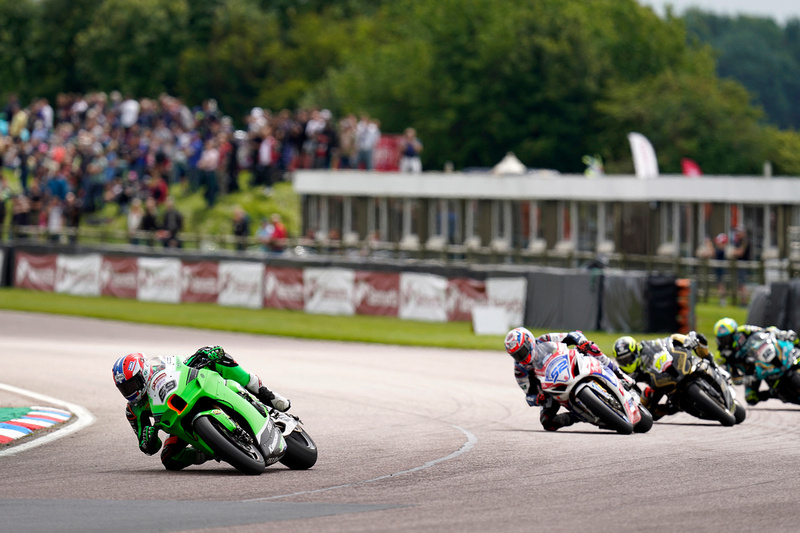 Changeable weather conditions hampered progress at a circuit where the 19-year-old from Perth has limited experience, but despite managing only a handful of dry weather laps in Friday’s free practice sessions before the rain closed in, the 2020 British Supersport Championship was still able to take his FS-3 Racing Kawasaki ZX-10RR to within a whisker of a top 10 finish in Sunday’s opening race.

With Thruxton left out of 2020’s pandemic affected championship, Rory’s only previous experience of Britain’s fastest circuit came in 2019, during his rookie year in the supersport series. He found himself seventh in Friday’s rain hit combined practices, putting him directly into the ‘Superpicks 12’ second qualifying session, and took 17th on the grid for Saturday’s 15 lap Sprint race.

The rookie continued his session-by-session improvement throughout the weekend. Despite taking action to avoid a crash in front of him on the first corner of the Sprint race Rory finished 14th in a race ended two laps early due to another rider’s accident, maintaining his 100% points scoring record. He went on to slash his lap times further in Sunday’s first 20 lap race, battling in the group fighting for sixth and ending the race 11th after running wide at the last corner.

The day’s final race saw Rory miss out on the points for the first time in his four round superbike career due to an incorrect tyre choice. The race was declared wet, owning to a heavy downpour earlier in the day, and with dark clouds looming Rory and his team chose full wet weather tyres in the front and rear of his Kawasaki. The former British Talent Cup champion made a super start to run as high as fifth in the early stages, but with the grippy track surface drying, his heavily treaded rear wet tyres wore out and gave an advantage to riders on the lightly treaded ‘intermediate’ rear tyre. He slipped back and retired to the pits four laps from the end.

“I’m quite happy with how the weekend went,” said Rory. “I’ve only been to Thruxton once before and could have done without the rain on Friday, but it’s not been a bad learning curve. I felt that I was learning in every session. Even in that second race I was understanding more about what the bike was doing and getting to know the tip in points and braking markers, so whether it was fully wet or fully dry I was really looking forward to the last race. In the end I made the wrong call on the tyres for the conditions. Normally whenever there is spray coming up from the back tyre you go for the wets, and there was a big black cloud that made us think there was a good chance of heavy rain. It never came and I lost the feeling from the wet tyres on the drying track. There are a lot of positives from the weekend though. I remain seventh in the championship and I’m looking forward to the next round at Donington Park, which is a track I know well and where I’ve tested on the superbike.”

Round five of the Bennetts British Superbike Championship, incorporating races 13, 14 and 15 of the 33 race series, takes place on the Donington Park National circuit on the weekend of 13-15 August.