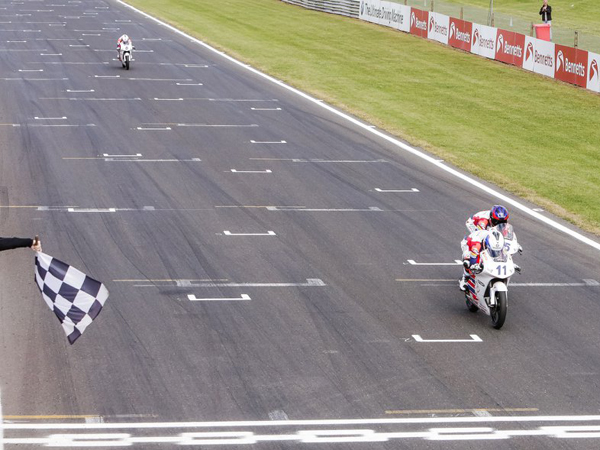 Scottish racer Rory Skinner won a thrilling opening British Talent Cup race at Snetterton in Norfolk this afternoon, outdragging opponent Max Cook to the line after a thrilling race long battle to take the championship lead for the first time.

Rory had been in top form throughout practice for the third meeting of the BTC, which is taking place alongside the Bennetts British Superbike Championship. He topped both free practice sessions and qualified on pole position but there was no chance to pull away during the race, with the slipstream effect from the long Snetterton straights giving a small speed advantage to the following riders.

Cook and Skinner, the 16-year-old racer from Perth, were never separated by more than a few bike lengths and although Rory led the majority of the race he was unable to shake off the attentions of his rival. Skinner set a new lap record on lap 12 of the 14 lap race but with Cook remaining on his exhaust pipe, the final result would come down to strategy as much as outright speed. Cook made a move in the final sector of the last lap, but Rory kept his head to make a return pass. Carrying more momentum on the exit of the corner, Rory crossed the line just 0.040 seconds ahead of his rival.

Speaking after the race, Rory said: “That was another enjoyable race with Max and thankfully I was able to get good drive out of the final corner to take the win. It was clear early on that I wouldn’t be able to make a break at the front so I focussed on trying to put in consistently strong laps. I’d had a good practice and been able to do a lot of laps on my own, although there had been an oil spill in the supersport race before we went out, which did make turn five quite tricky. I knew that if, on the last lap, I could lead into the left hander at the end of the back straight then I had a reasonable chance of taking the win as I was strong through the Bomb Hole section, although to be fair to Max he was probably a little stronger than me in the very last corner. I knew that there was a good chance that he might try to take me going into there, and he did, so I needed to focus on my exit and getting good drive out of the corner. It was a really good race and hopefully we’ll have more of the same tomorrow.”

The win moves Rory into the championship lead, on 76 points, with Thomas Strudwick, third in the race, on 73 and Cook third on 65. Tomorrow (Sunday) sees the second Snetterton race scheduled for 11.15am. 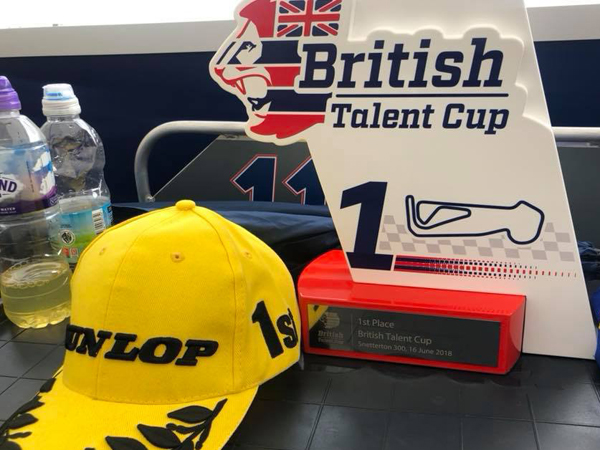