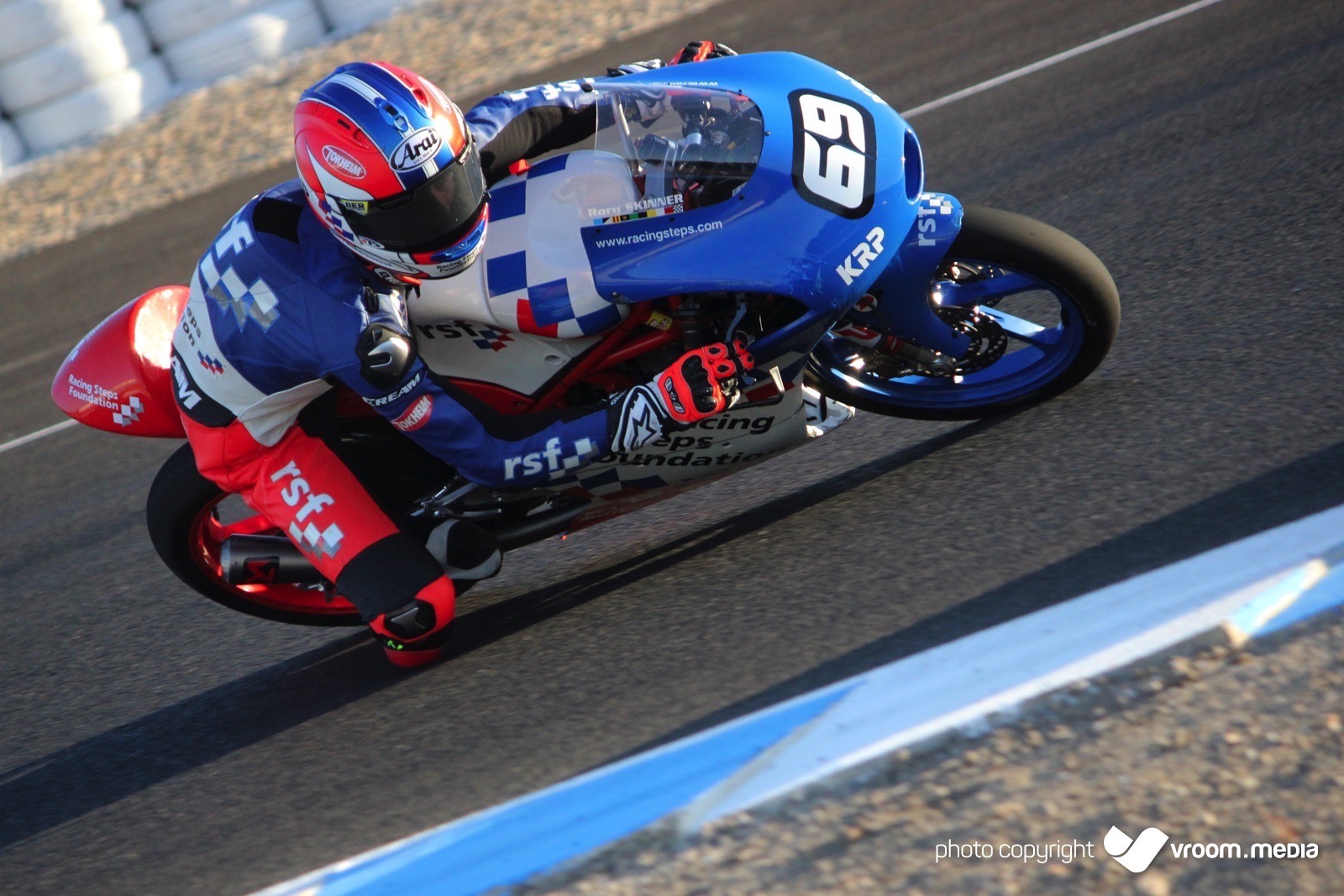 Having qualified in 19th position following a high side incident the previous day, Rory was looking to bounce back in the hot and sunny conditions for the opening 16-lap affair.

The Racing Steps Foundation-backed rider made a solid start to retain his position through the opening lap and over the opening few laps made his way up to 15th spot as riders ahead suffered falls.

However on lap seven, Rory was sideswiped by another rider, forcing him wide. The incident dropped him to 23rd position.

Rory was keen to make his way back up the order though, and quickly became embroiled in an entertaining tussle with Indonesian rider Andi Farid, Czech Filip Salac and SIC58 Squadra Corse’s Yari Montella.

Following several exchanges of places as the four riders scrapped, Rory managed to grab 18th position through the closing corners.

A final lap collision between leading riders ensured that Rory scored a fifth place finish in the second and final race of the Jerez weekend.

As in the day’s opening race, the Racing Steps Foundation-backed rider started the finale from 19th position on the grid and made one of the best starts of the season to vault to just outside of the 10 and the second group of riders.

Having worked his way to be assured of at least a 10th place finish, having pulled out a lead of three quarters of a second to Thai rider Apiwath Wongthananon over the closing laps, the drama unfolded on the final tour of the 2.75-mile circuit.

As fourth placed Kazuki Masaki first lost the rear end of his machine to slide out of contention, the remaining frontrunners opted to challenge for the race victory with a number attempting late corner lunges.

The ensuing scattering of bikes allowed Rory to thread his way through the chaos to pick up four places and finish in a provisional sixth position.

However Wongthananon, the biggest winner in the melee who had initially finished in second position, had already been handed a five-second time penalty, demoting him to sixth place and promoting Skinner to his joint highest finish in this season’s championship.