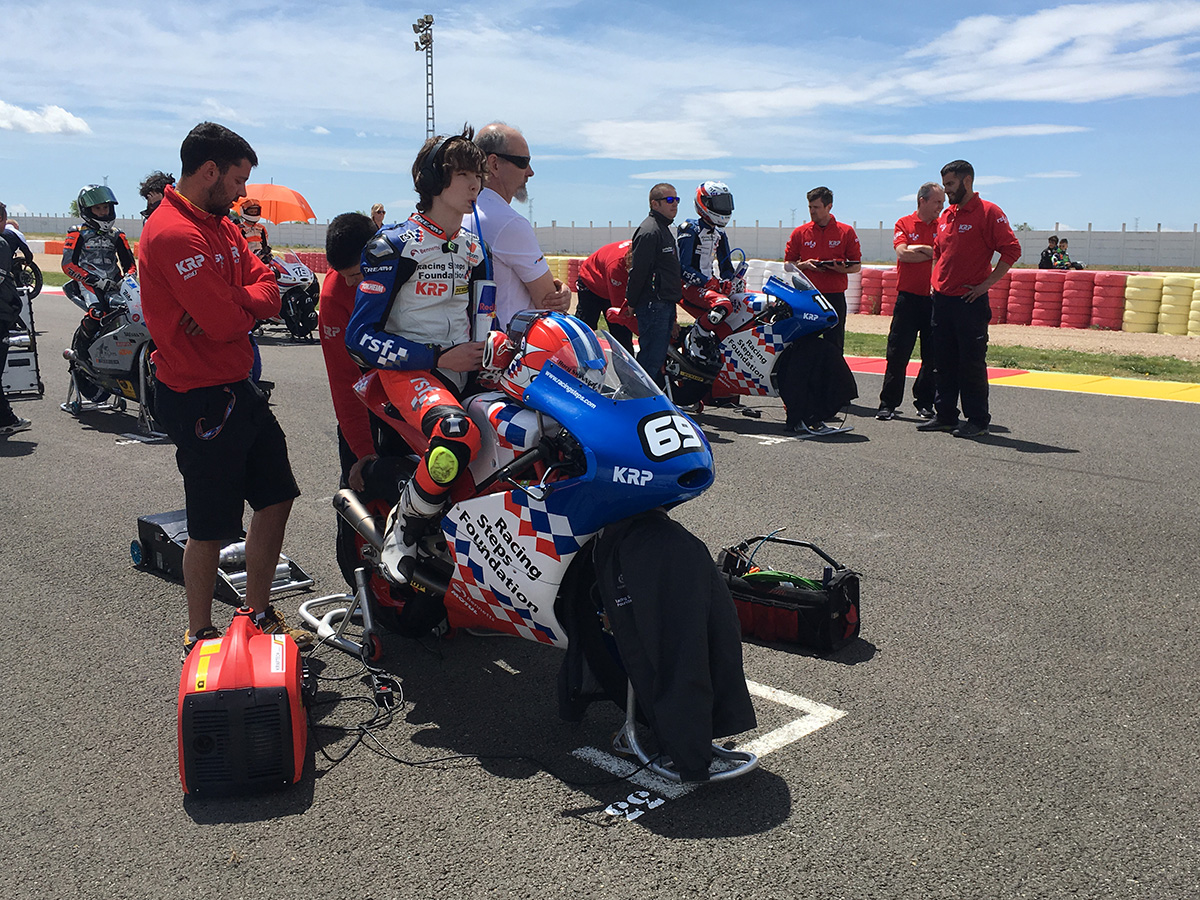 Estrella Galicia 0,0/Honda rider Jeremy Alcoba took victory, narrowly ahead of Makar Yurchenko with Juame Masia on the final podium spot in the opening FIM Moto3 Junior World Championship round of the season at Albacete in Spain. Rory Skinner vaulted to a ninth place finish having made up 24 places during the 19 lap race.

In thankfully far drier conditions for race day, Skinner made an excellent getaway to move into 20th position on the opening lap. He continued his assault and progressed up to 12th place by lap five.

There was then an enduring a battle with Stafano Nepa who managed to pass Rory on lap ten. Together the two bridged the gap to the next group and by lap 12 there was a six rider battle for 10th place.

There was a lucky escape as SIC58 Squadra Corse’s Yari Montella high sided directly in front of Rory who just managed to swerve around the incident. He now entered the traditional final lap tussle for positions in tenth when ninth placed Stefano Nepa was forced to retire. Rory took the chequered flag in ninth place having made up 24 places.

Rory Skinner
‘I’m glad we had a positive end to what has been a difficult weekend at this first round said Rory, ‘It was a long hard race so to work my way up from 33rd on the grid to finish 9th was more than I could have expected. Le Mans will also be a challenge as I haven’t raced there before, but I’m looking forward to it.’