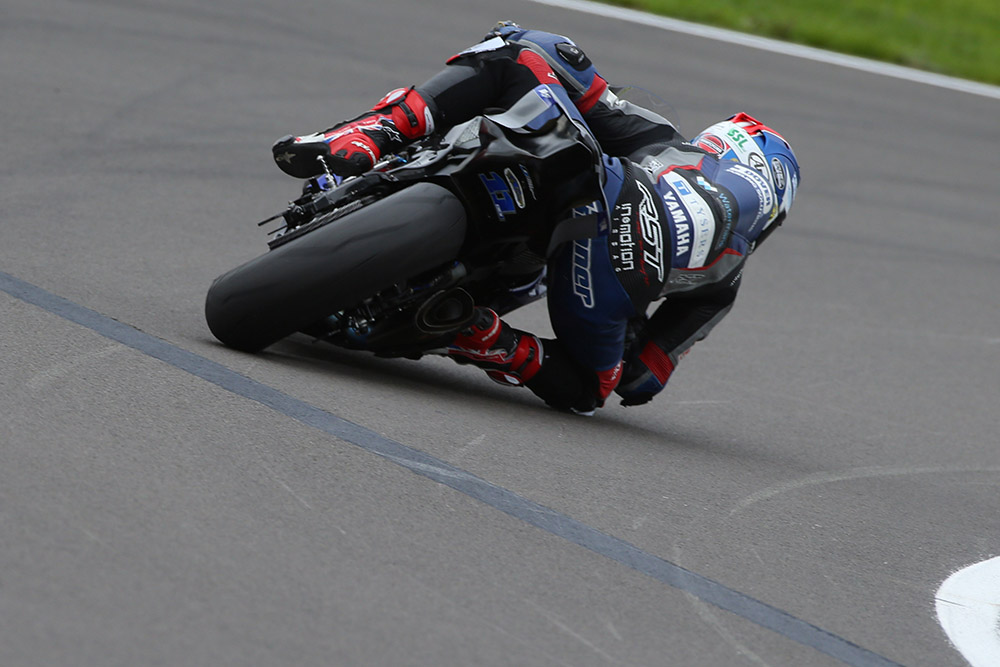 Rory Skinner maintained his 100% start to the 2020 Quattro Group British Supersport Championship after battling through from seventh to take his fifth win of the season in today’s 18-lap Sprint race on Silverstone’s National circuit.

After qualifying again on pole position, almost half-a-second ahead of his nearest rival, the 18-year-old Scot moved into the lead on the first lap and set about establishing a gap on the following pack. Riding his Tysers Yamaha, the former British Talent Cup champion broke the lap record on his first flying lap and pulled out over a second advantage, but an issue while changing down the gears saw him run off the track on the entry to Brooklands corner, losing over three seconds and pushing him back to seventh.

Undeterred, the championship leader got his head down and rode around the issue, retaking the lead on lap seven and managing the gap to take the win by three seconds, with fellow Yamaha rider Lee Johnston in second and Tysers Yamaha team-mate Brad Jones third.

“It didn’t quite go according to plan but it’s another great result,” said Rory. “Silverstone is always hard on tyres so we spent yesterday’s free practices doing long runs to get a feel for the bike when the grip levels went down, and that paid off today.

“The plan was to try and put a few fast laps to try and make a break, and it was going according to plan when I had a small issue and ran off the track. In the end it was no problem and I was able to get back to the front and manage my tyres, so thanks again to the team for giving me a great bike today.”

Rory’s win means that he has a 50 point lead in the championship, and his fastest lap means that he will start tomorrow’s longer feature race from pole position. 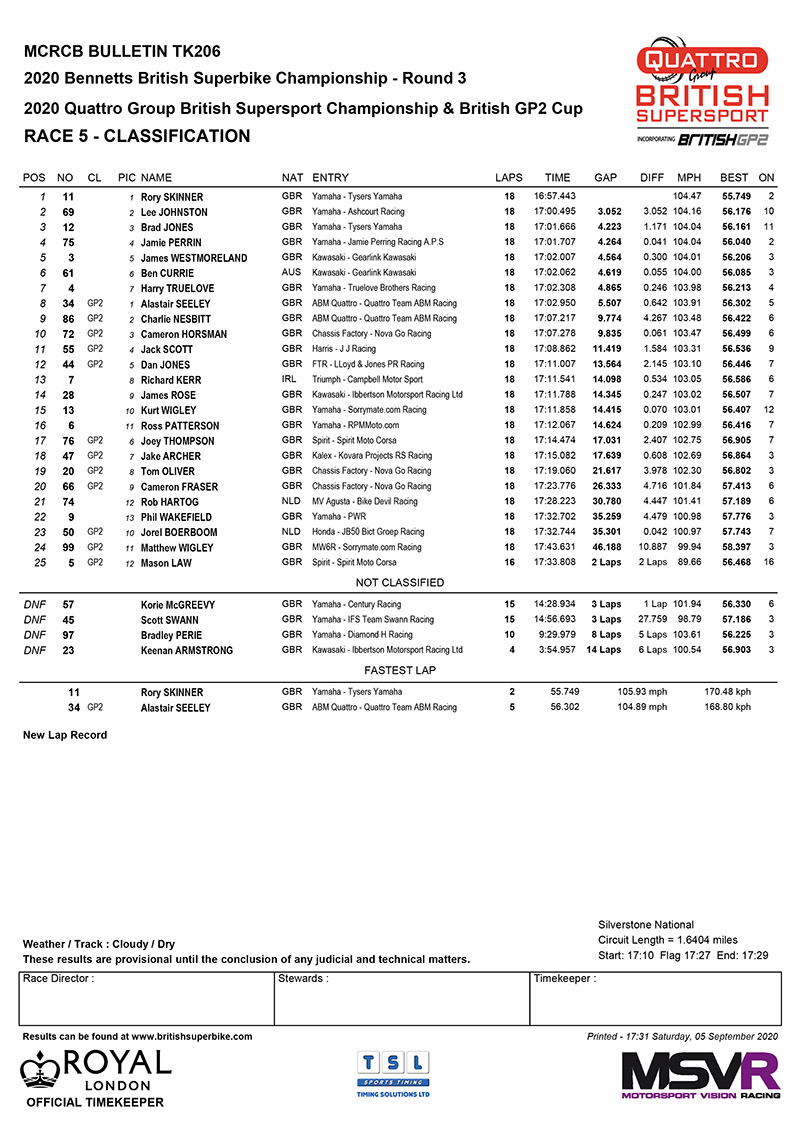