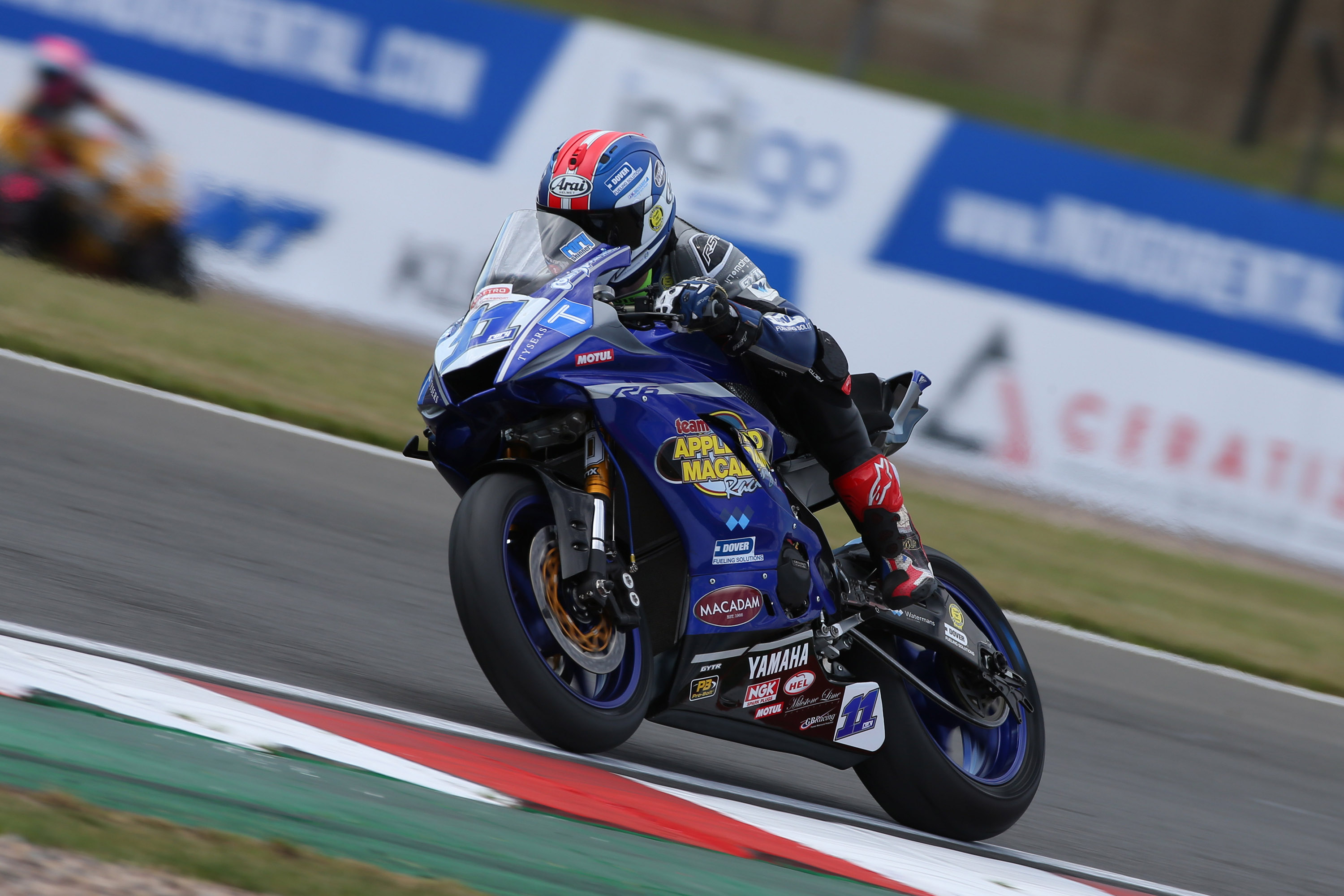 Scottish teenager Rory Skinner made a perfect start to the delayed 2020 Quattro Group British Supersport championship today, winning by over 7.6 seconds in Saturday’s Sprint race on his debut for the Tysers Yamaha team at Donington Park.

The 18-year-old from Perth topped all the pre-race practice and qualifying sessions before claiming a faultless win from pole position in the 20 lap race, his first for the official Yamaha race team, which is run by the multiple title winning Colin Appleyard/Macadam Racing Team.

Skinner passed the experienced James Westmoreland to move into the lead at the Old Hairpin on the opening lap and was never headed as he pulled out an lap-by-lap advantage to win by 7.605 seconds at the end of the 20 lap race.

“The Tysers Yamaha team have been unbelievable,” said Rory. “After a good pre-season and the delay to the start of the season, I’ve been really desperate to get started. I just did my own thing throughout practice and worked on my own pace rather than focusing on my competitors. I’ve really gelled with the Colin Appleyard/Macadam team and I want to give a massive thanks to them and my personal sponsors for their continued support. It’s fantastic to take my first win in the class and it feels really great to be back on the top of the podium after running our own team last year. I loved today’s race and the Yamaha R6
felt mint. I’m really looking forward to tomorrow’s race and hopefully we can give another good performance for the fans watching at home.”

Having set the fastest lap of the race, Rory will start tomorrow’s 24 lap Feature race, which can be seen live on British Eurosport 2 at 15:35. 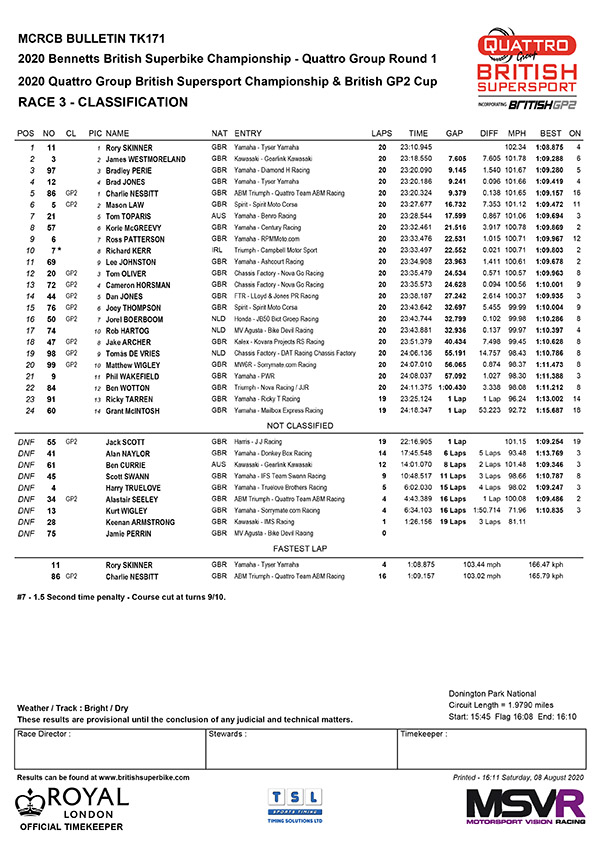