The team, which will be known as Watermans Team MSR Kawasaki for the remainder of the 2019 season, will be in action at round three of the Dickies British Supersport Championship at Donington Park this weekend, with the team reverting to the new 636cc Kawasaki ZX-6R after running a superstock specification bike last time out at Oulton Park.

“I’m delighted to be chosen by Watermans to represent them as an ambassador,” said Rory. “Watermans have put a lot into Scottish sport over the years and their involvement will help me to put together a more competitive package in my first British Supersport Championship season. Motorcycles have been a part of my life for as long as I can remember, so it’s great to be involved with a company which is working with Scottish motorcyclists and the Scotland Charity Air Ambulance service.”

The Donington Park race will see Rory on a significantly updated machine, after running near stock equipment in the opening two rounds, although the 17-year-old knows that the team is still very much in the early stages of developing the ZX-6R, adding: “The first few rounds have been challenging but hopefully Donington Park will represent a step forward for us. I’ve won at Donington in the past, in Superteens and the British Talent Cup, but this will be my first time racing there on a big bike. I like the track and hopefully some of the changes we’ve made to the bike will help me get back the feeling that I had with my superstock Kawasaki in 2018, as well as unlocking some more power from the engine. So far this season we’ve been running around ninth in the supersport class, so that’s our benchmark and what we’ll be looking to improve upon this weekend. This will be the first round where we’ve been running a full supersport engine and I can’t wait to get on track and try it out. Stuart Young Tuning and Harrison Performance have been busy building a motor and developing a new exhaust system for me and although I won’t get a chance to try them out ahead of the first practice, I’m confident that it will represent a step forward for us. Our Chris Walker Kawasaki-supplied ZX-6R is looking great in its new livery and hopefully I can get some good results as a thank you to everyone who has helped us get on the grid this year.” 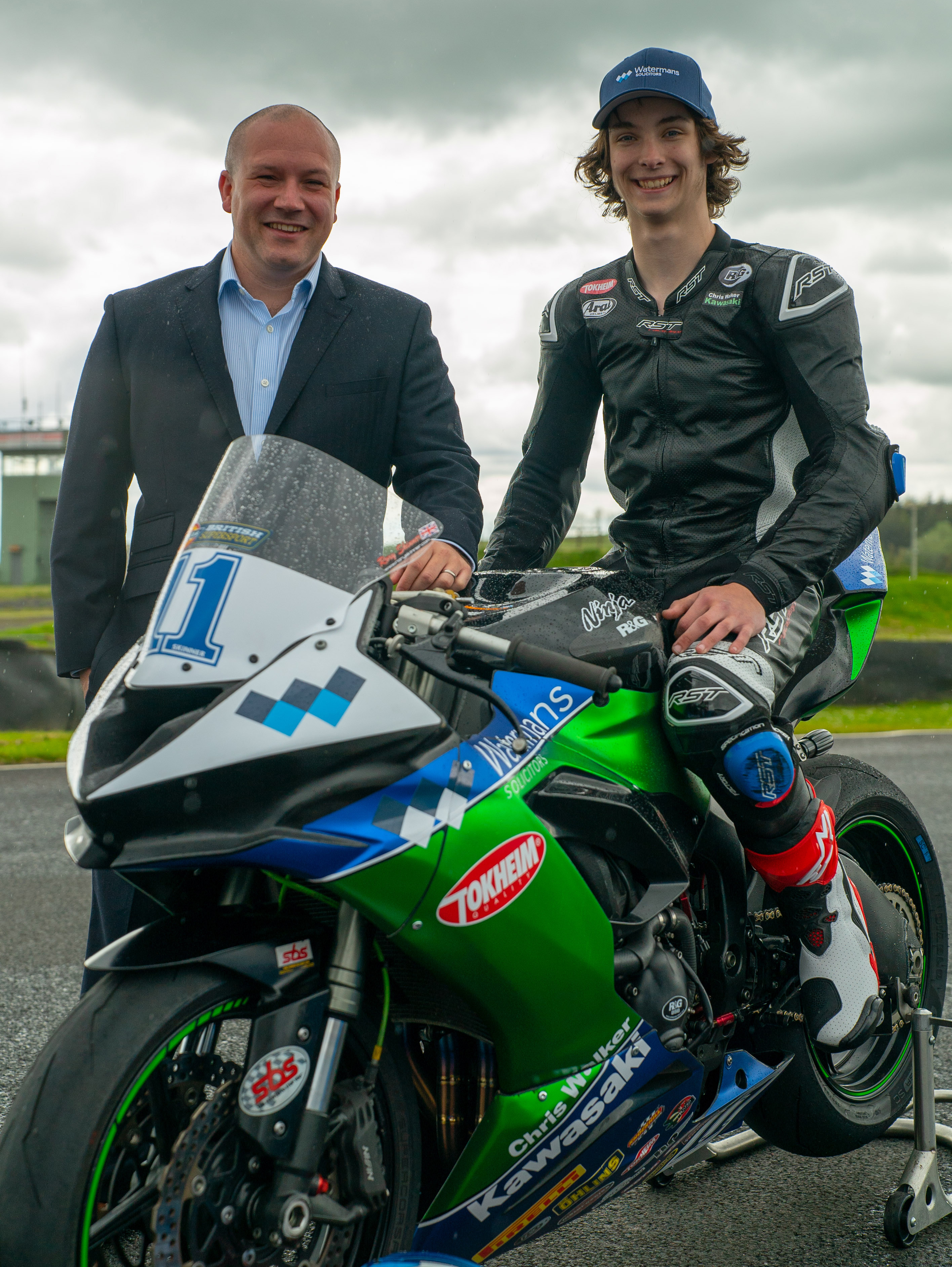 Speaking of the decision to support Rory, Scott Whyte, Managing Director for Watermans Solicitors (pictured above with Rory) added: “Since 2014 our Sports Ambassador programme has seen us support some of the best sporting talent Scotland has to offer. It has been brilliant to see athletes, coaches and fans from across Scotland nominate such a high calibre of talent from all fields.

“The number and quality of nominations made it an extremely difficult competition to judge but Rory’s talent and commitment to his sport meant he truly embodies what it means to be a Watermans Sports Ambassador. It is an exciting opportunity to be able to support the development of his career and follow his continued progression as a rider.”

Free practice for this weekend’s races takes place on Friday, with qualifying an a 20-lap Sprint race on Saturday, ahead of Sunday’s 24-lap Feature race. For fans who can’t make it to the races in person, both races will be shown live on Quest (Freeview Channel 37).

As a Watermans Sports Ambassador, Rory will join an impressive stable of sports stars who have been supported by the firm. These include triple-Olympian Hannah Miley, and rally driver John MacCrone. Rory joins Scottish rally starlet Finlay Retson who the firm are also supporting in his 2019 Junior BRC campaign.