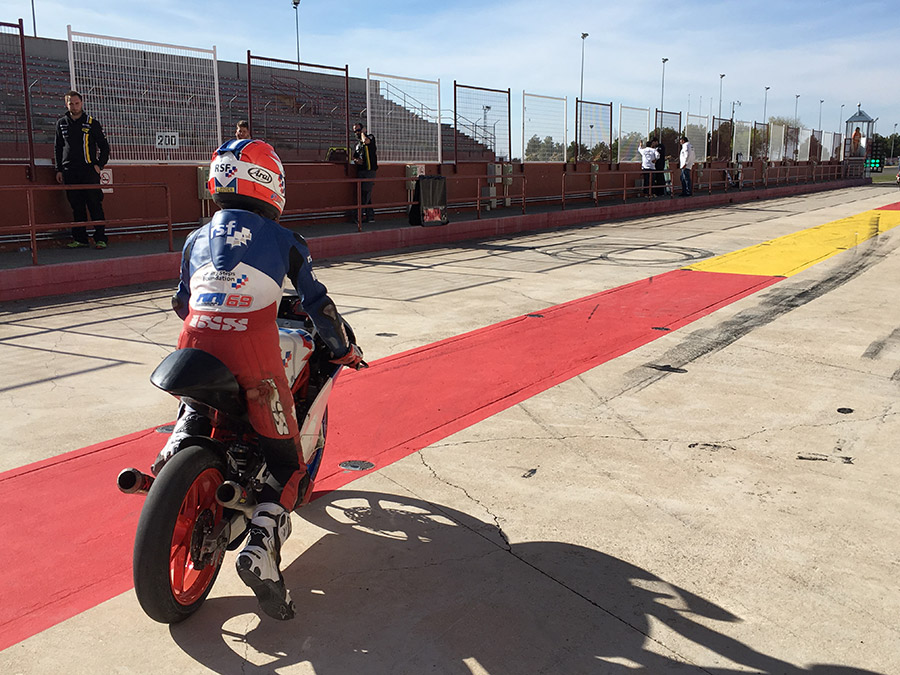 The Racing Steps Foundation Junior World Championship Team had a busy and productive two day test at the Albacete circuit on Tuesday and Wednesday this week. The KRP mechanics were managed as usual by team boss Mark Keen who was just back from the Qatar MotoGP.

Together they worked hard to make the most of the opportunity, giving riders Rory Skinner and teammate Dan Jones as many laps as possible. Several of this year’s JWC teams were also there testing as Albacete is the venue for the first event of this highly competitive series on 30th April.

Excellent sunny weather with little wind and an open pit lane 10:00 until 18:00 gave long days around the very technical track. As the team has switched from last year’s FTR KTM machines, both the RSF riders used to opportunity to learn about how to get the most from their new all KTM machines.

“I matched my personal best here whilst learning more about the behaviour of the bike with different settings, so overall it was a productive test.” said Rory, “I look forward to building on this when we return end of April.”

Both riders are back out to Spain again at the weekend to join The Red Bull Rookies for next week’s pre-season test at MotorLand Aragon. And they’re hoping to get there early enough to see some of the WorldSBK races and cheer on the British riders.