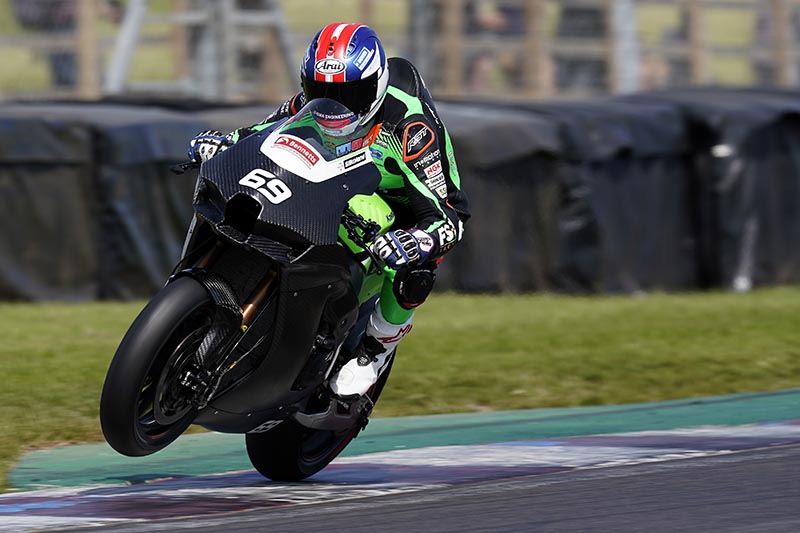 Just over eight months after being crowned the youngest ever British Supersport Championship, 19-year-old Rory Skinner is set to make his debut in the premier Bennetts British Superbike Championship this coming weekend (June 25-27).

The young Scot travels to Cheshire’s Oulton Park circuit to make his debut with the race-winning FS-3 Racing Kawasaki team, raring to go despite a rain-affected spring testing programme.

Despite the longer than usual winter break, a result of the pandemic, the Perthshire rider has been able to enjoy some saddle time over the winter months. Armed with a lightly modified Kawasaki ZX-10RR road bike, Rory was able to spend three weeks training in Spain during February, ahead of the official British superbike ‘test tour’ and an additional two days at Knockhill at the beginning of this month.

“It feels like such a long time ago since I signed for FS-3 and now I just can’t wait to get out there and start my first superbike race,” said Rory. “I was really grateful to the team for building me a practice bike and I was lucky to get over to Spain in February, where I put in over 2000km over five tracks. That was great for keeping me bike fit and for getting used to the extra power of a 1000cc bike, but nothing can prepare you for a proper superbike – which is lighter, stiffer and more powerful than the ‘stock bike.

“There is so much you can do with the set-up of a superbike and we really could have done without the bad weather, which meant we lost so much time when the pre-season tests started at the end of April. As a rookie to the superbike class, I need as much time on the bike as possible and to come away from three days at Snetterton with just 23 laps under my belt was very frustrating.

“I have to really thank the team for making the trip up to Knockhill for the private test at the beginning of the month. We did around 180 laps in the sunshine and had time to try out loads of things on the superbike and do some good race simulations around a circuit I know well. I came away really happy, feeling like the ZX-10RR is now my bike and building up a good working relationship with my team. We carried that on to the official Donington Park test, where we did some more good race runs and continued to feel more comfortable with the team and the bike.

“We had a day’s testing at Oulton Park last month and now I can’t wait to get back there and finally get the season underway. The British Superbike Championship is full of very fast and experienced riders and I’m not going with any real expectations in terms of results. We’ve got three races at every round this year so the important thing is to focus on making progress every session. I don’t feel under any pressure, so I want to go out and enjoy myself this weekend, and to learn more about the ways of the superbike.”

Despite the long layoff, the teenager has been keeping busy over the winter months – training hard for his debut on the 200+bhp Kawasaki superbike and working at the family motorcycle shop, Skinner Motorcycles, in Perth. “I’m feeling as fit as I’ve ever done,” added Rory. “I’ve been working hard in the gym and spending plenty of time out on my mountain bike. I even managed to have my first race of the year last weekend, when I finished eighth in class in a local MTB event in Dunkeld for my sponsor J.M. Richards Cycles. That was a lot of fun, but I’m even more excited to be riding a bike with an engine this weekend!”

Crowd numbers will be limited at Oulton Park in line with Government restrictions, however all races will be broadcast live online through the Eurosport Player and on the British Eurosport 2 television channel, with all qualifying and racing live on Saturday and Sunday from 1pm.