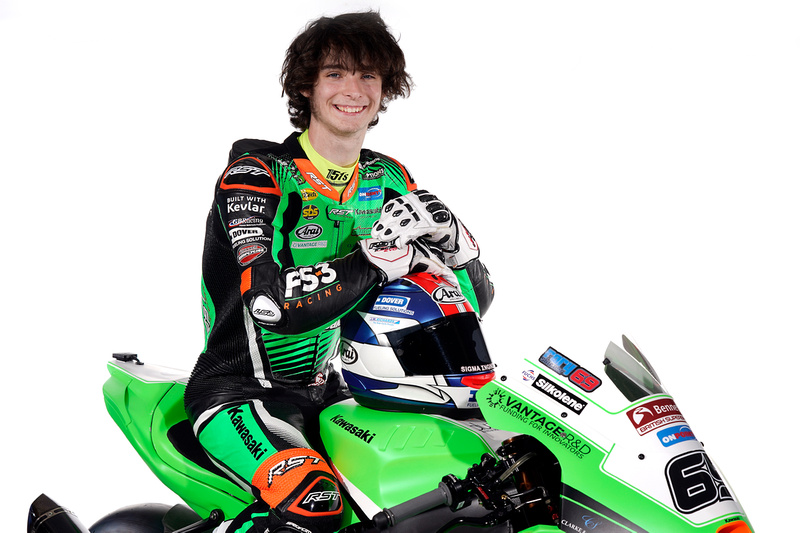 Kawasaki Motors UK is pleased to confirm it has extended its partnership with the FS-3 Racing team into 2022, with the Coventry-based team retaining its current line-up of Lee Jackson and Rory Skinner for a full assault on the Bennetts British Superbike Championship title.

Marking the sixth season that Kawasaki and FS-3 Racing have worked together, 2022 will see both riders utilising the Kawasaki Ninja ZX-10RR. Despite it being the first year for the new machine, both Jackson and Skinner have been able to challenge for race wins and power it to the podium.

For next season, FS-3 Racing has re-signed Jackson, who has had an impressive run of form in the closing stages of the 2021 season, securing a podium finish at Donington Park and leading the Rider’s Cup standings. Jackson will now be looking forward to becoming a regular podium finisher and race winner in 2022 as he sets his sights on the series crown.

Joining him will again be rookie sensation Skinner, who stunned the paddock earlier this year with a brace of podiums at his local round, fighting for the victory with far more experienced riders. With a year of experience on the superbike under his belt, the youngster will now be setting his sights on securing that maiden win and his place in the Showdown for 2022.

Ross Burridge, Head of Marketing & Racing Department at Kawasaki UK, said: “We have enjoyed watching FS-3 Racing grow as a team with Nigel and Darren throwing everything into it over the past few years. We are delighted to reward them with official status for a further season and look forward to seeing how both Lee and Rory will develop in 2022.

It’s a long winter break approaching, but luckily we have a lot of work to do in order to continue the development of the Ninja ZX-10RR Superbike so we come out fighting for race wins in 2022!”

Nigel Snook, FS-3 Racing Kawasaki Team Owner, added: “We have developed a strong relationship with Kawasaki UK over the years and are delighted to be continuing into 2022. Representing Kawasaki officially in the British Superbike Championship brings with it high expectations all round and we enjoy the challenge, both on the track and behind the scenes.

‘’Sticking with the same riders for next season provides important continuity within the team. After some disappointments and several very close finishes, Lee has had a strong end to the season and demonstrated his considerable riding skills in wet conditions at Donington, and we’re confident he’ll be a serious front-runner next year. Rory had a great weekend at Knockhill scoring two remarkable second places, and with a year of experience, we are sure he’ll take a big step forward next year!”