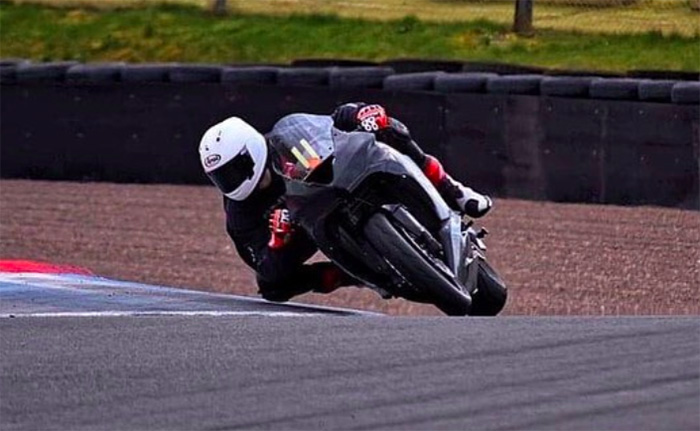 After a winter of uncertainty, Perth teenager Rory Skinner will get back on his bike this weekend to make his debut in the Dickies British Supersport Championship, at the iconic Silverstone circuit in Northamptonshire.

Despite winning the inaugural British Talent Cup, the 17-year-old motorcycle racer found himself without a ride for 2019. With the support of his family, Skinner has raised the funds required to enter the second tier of British national championship racing on a privately entered Kawasaki ZX-6R, provided by Lincolnshire dealership Chris Walker Kawasaki.

Silverstone holds good memories for Skinner. The Scot won the British Talent Cup race at the MotoGP round there last August, and made an impression at the same venue one week later, when he set pole position for the National Superstock 600 race and led for much of the race.

“It has felt like a long winter, so it’s great to get back out racing again. We only made the decision to go supersport racing in February and only picked up the bike just over a month ago, so these opening races will be like testing for us,” said Rory.

“Stuart Young has been busy building a race engine for me but as the ZX-6R is new to British Supersport in 2019, we’ve been quite late in getting the tuning parts through for it. We’ve been at the two official tests at Silverstone but this will be our first time with the full supersport engine. Our first test was basically a shakedown with a road bike and earlier this month we ran a superstock-spec bike to try and dial in the suspension. We were able to get in a few sessions at Knockhill at the weekend to test a few more things with the bike, and we’ll continue working on finding a good base setting for the bike in free practice at Silverstone on Friday.”

For fans unable to attend the Silverstone races in person, Rory’s debut outings in the Dickies British Supersport Championship will be broadcast live on TV. Saturday’s 18-lap sprint race takes place at 17:10 and will be broadcast on British Eurosport 2, while Easter Sunday’s 26-lap feature race kicks off at 15:40 and can be found on British Eurosport 2 and Quest (Freeview Channel 114).