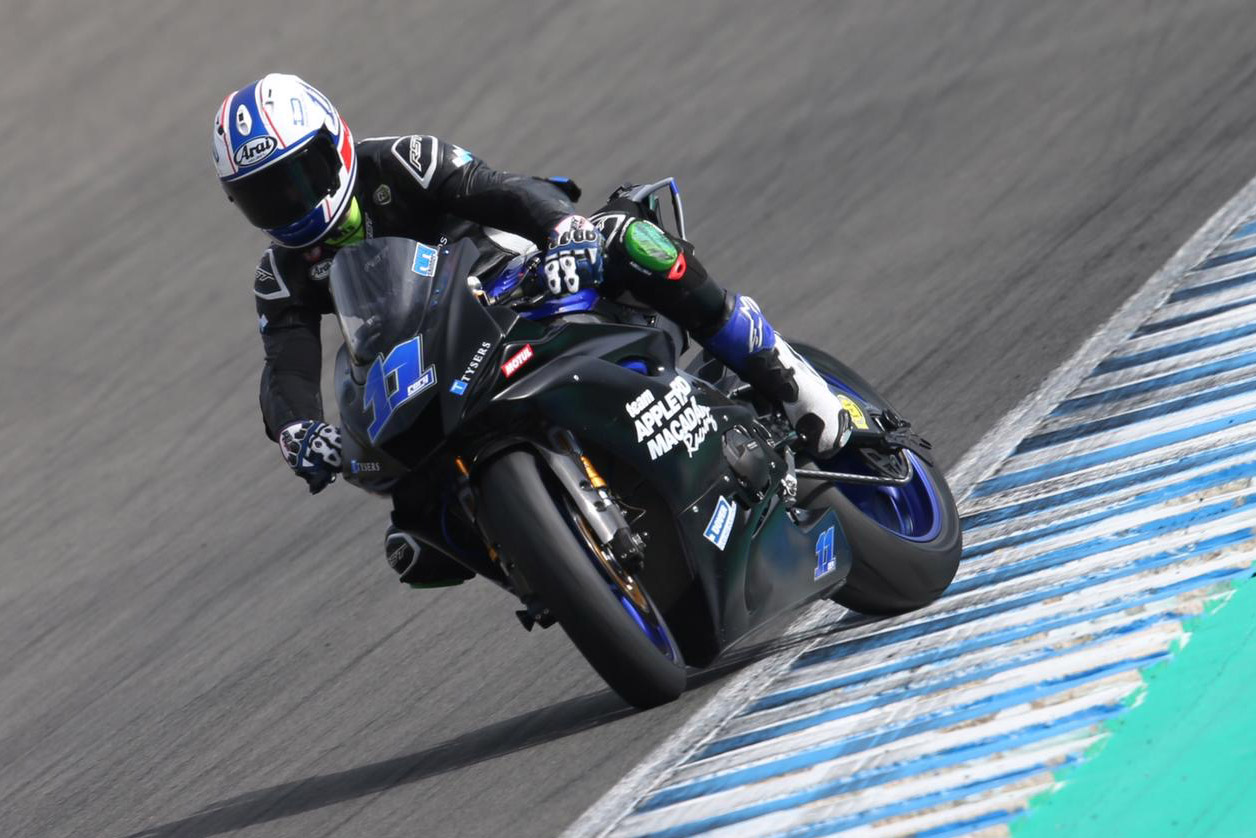 Rory Skinner successfully completed four days of testing in his first outings on the Team Appleyard Macadam Racing Yamaha YZF-R6, ending tests at Monteblanco and Jerez at the top of the supersport class timesheets.

The 2018 British Talent Cup champion completed 138 laps on his first visit to the test facility at Monteblanco, ending with a best time of 1:39.270 – over a second faster than the best 600cc time set at the same venue 12 months earlier – before moving to the MotoGP circuit of Jerez for another day of track time.

Riding on a circuit he knows well from three seasons spent in the FIM Junior World Championship and Red Bull MotoGP Rookies Cup, Rory was able to run a further 61 laps and set a best time of 1:43.983 – topping the supersport times and completing a race simulation with lap times comparing favourably to those set in last summer’s world supersport race at the same venue.

“We had a really positive four days and I’m really looking forward to the season ahead,” said Rory. “I really want to thank the Appleyard Macadam team, as I felt at home on the bike straight away and gelled with them instantly. They’re a very tight and experienced team and they’ve welcomed me into their family from day one.

“The lap times were good but, more importantly, we found a good base setting for the bike and I feel really comfortable on the Yamaha. Before going to Monteblanco, I spent four days out at Almeria on my new R6 practice bike and I’m so glad I did, as it helped me get up to speed on the supersport bike and give me a good understanding of what a Yamaha should feel like, and how it responds to changes. We didn’t get quite as much time at Jerez as we would have liked, due to some overnight rain, but I was still able to get a good race simulation in and was happy with my lap times, which were not too far off those set in the world supersport race despite us using different tyre compounds and the standard gearbox required in the British championship.

“We’ve got almost a month before the official test at Silverstone, but hopefully I will be able to get in a few more miles on my practice bike before then. I’m feeling really good ahead of the season and am delighted that my long term sponsors Dover Fueling Solutions/Tokheim are back on board, along with Watermans Solicitors and Double M Oilfield Services. There are also a number of other new and existing sponsors, without whose help it wouldn’t be possible, and I want to thank them all for coming on this journey with me.”

Rory’s next outing on the Team Appleyard Macadam Racing Yamaha will be at the official British Superbike Championship test day at Silverstone, on April 2, with the season starting at the same venue on the weekend of 10-12 April.