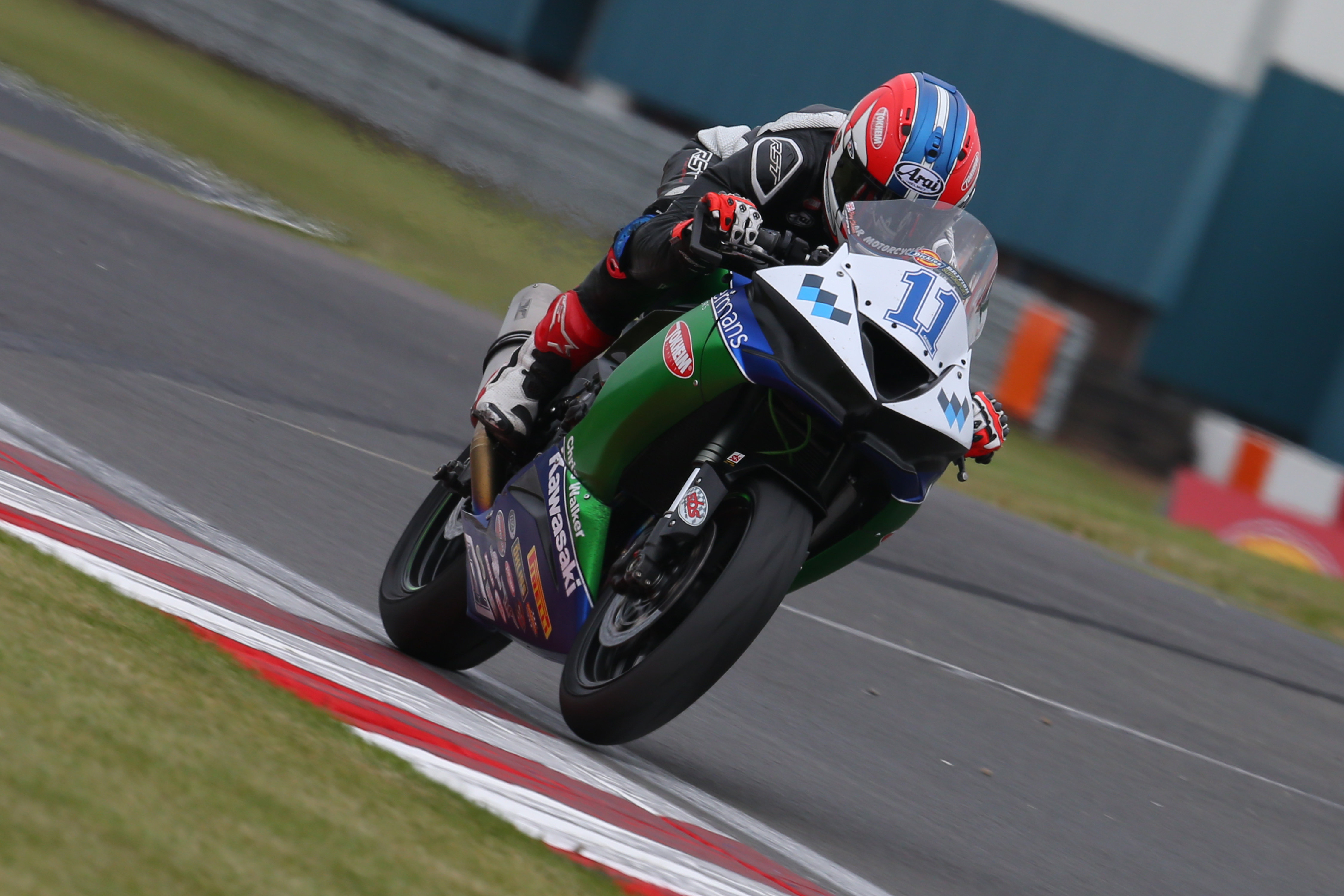 The race took place on a wet but drying track, leading to riders trying a variety of tyre options as they looked to find the best combination to work in the ever changing conditions.

The Watermans Team MSR Kawasaki rider took to the formation lap on heavily treaded rain tyres front and rear but, despite his inexperience and the damp conditions, the 17-year-old opted to change to a full dry weather set-up on the grid.

Starting from fifth on the combined supersport/GP2 grid, Rory rode gingerly in the opening laps and dropped back to ninth as he lost ground to riders on more heavily treaded tyres. However as the track surface dried, Rory was able to take full advantage of his dry weather tyres and steadily dropped his lap times as he rode around on his own. A hard charge in the second half of the race saw Rory catch fellow Kawasaki rider Ben Wilson, who had worked up a 10 second advantage at one stage, but despite setting his three fastest laps right at the end of the race, he was unable to overhaul the supersport veteran and was an agonisingly close, 0.115 seconds, behind at the flag.

“Two fifth places is a positive result for us,” said Rory. “It’s all new for us. This is my first season racing in the BSB paddock and just our third race as a team. We’re learning and getting stronger all the time, and we made a good step forward this weekend.

“I think we could have been a bit more competitive in a race that was either fully wet or fully dry. The conditions were a bit sketchy at the beginning and, with hindsight, going for the intermediate front would probably have helped me in the opening laps. The tyres played to my advantage later in the race though, and I was a bit unlucky to get held up by a backmarker at the end, when I might have had a chance of passing Ben. I am happy though, and we’re looking forward to Brands Hatch in three weeks’ time.”