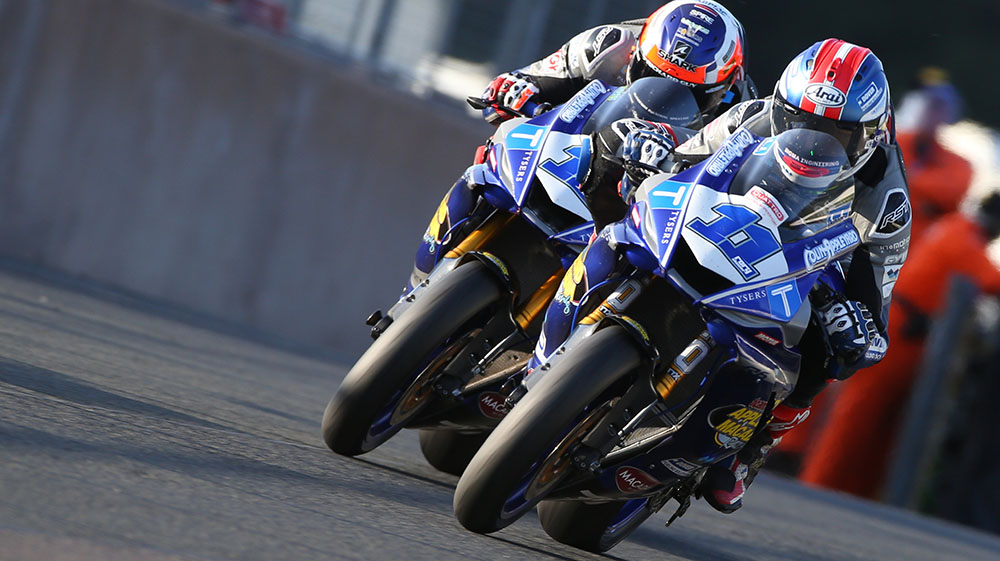 Rory Skinner extended his advantage at the head of the 2020 Quattro Group British Supersport Championship by two points after taking a hard fought second place in today’s 12-lap Sprint race at Cheshire’s Oulton Park, missing out on the win by less than a tenth of a second.

The 18-year-old from Perth went into the race with six wins out of six and maintained his run of pole positions during the morning qualifying session.

Riding his Team Appleyard Macadam Racing prepared Tysers Yamaha YZF-R6, the 2018 British Talent Cup champion swept into an early lead but was unable to break away from a four-rider leading group, which included team-mate Brad Jones, Isle of Man TT ace Lee Johnston and the hard charging Jamie Perrin. With a pre-race suspension adjustment not having the desired effect, Rory was unable to find the rhythm he had enjoyed in previous races and instead enjoyed a classic supersport battle as he and his team-mate edged away at the front. The pair swapped places for the lead throughout the race, with Jones moving to the front on the penultimate lap and riding a strong last lap to take the victory by just 0.055 seconds. Harry Truelove made a late charge into third, to make it an all Yamaha podium.

“It was really good race and a great battle with Brad,” said Rory. “We made some changes to the bike between qualifying and the race and it didn’t have the effect we hoped for. I had a bit of an issue getting out of some of the corners, which made it tough as Brad was riding very well and was really strong on the brakes. In the end though, second is good for the championship. Brad deserved the win today but I will watch the race back tonight, to see where I can improve, and tomorrow we’ll make a few changes and do our best to reverse those positions!”

The result sees Rory extend his championship lead by two points, with Brad now moving ahead of James Westmoreland and into second place in the standings. Tomorrow’s 15-lap feature race takes place at 15:55 and can be seen live on Quest TV (Freeview channel 12).