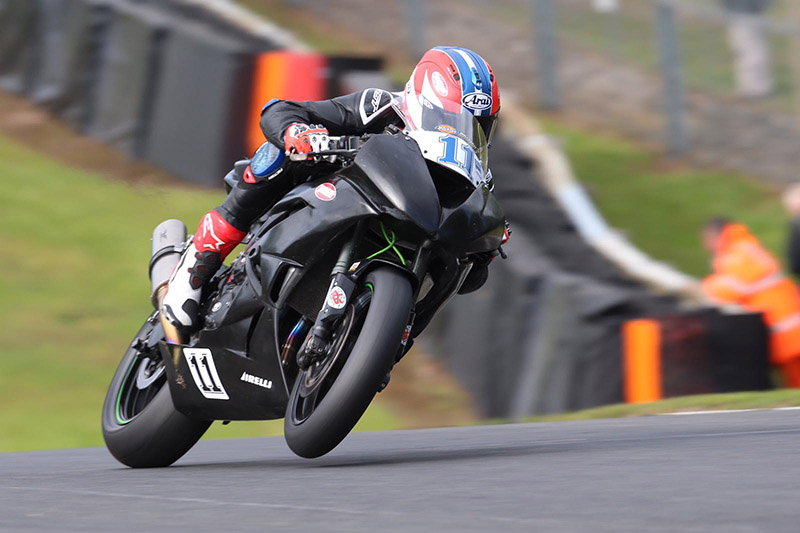 Having finished ninth in class in Sunday’s Sprint race, Rory Skinner narrowly missed out on another top 10 finish in round two of the Dickies British Supersport Championship at Oulton Park today, failing to finish after being the innocent victim of a spectacular high speed racing incident that saw him crash out uninjured.

The 17-year-old Scot had been riding the wheels off his superstock specification Kawasaki ZX-6R, pressed into action while his more powerful supersport-spec machine is prepared, and was involved in a thrilling five-rider battle when two of his rivals accidentally touched on the 120mph approach to Druids corner, causing Kurt Wigley to fall from his bike, which in turn careered riderless across the grass and towards Rory. The out of control machine became airborne and narrowly avoided collecting Rory who, as a result, took to the grass and slid off without injury.

“It was a really scary moment,” said Rory, the 2018 British Talent Cup champion. “I could see all the drama unfolding in front of me and as Kurt’s bike went across the grass I could see that it would collect me at the apex of the corner. Suddenly the bike took off, I ducked and it flew over my head. Unfortunately I crashed and missed out on the points, but I was very, very fortunate not to be collected by the bike.”

“Overall, there are a lot of positives to take from the weekend,” he added. “It was pretty demoralising to be losing half a second down the straights, but I am really happy with my riding and I was able to make a lot of it up through the corners. I ran very consistent lap times, with all but the opening two in the 1:40 bracket. I had some really good battles over the weekend and am looking forward to getting out on a proper supersport bike at Donington Park later this month.”

The third round of the championship takes place on the weekend of 25-26 May at Donington Park in Leicestershire.