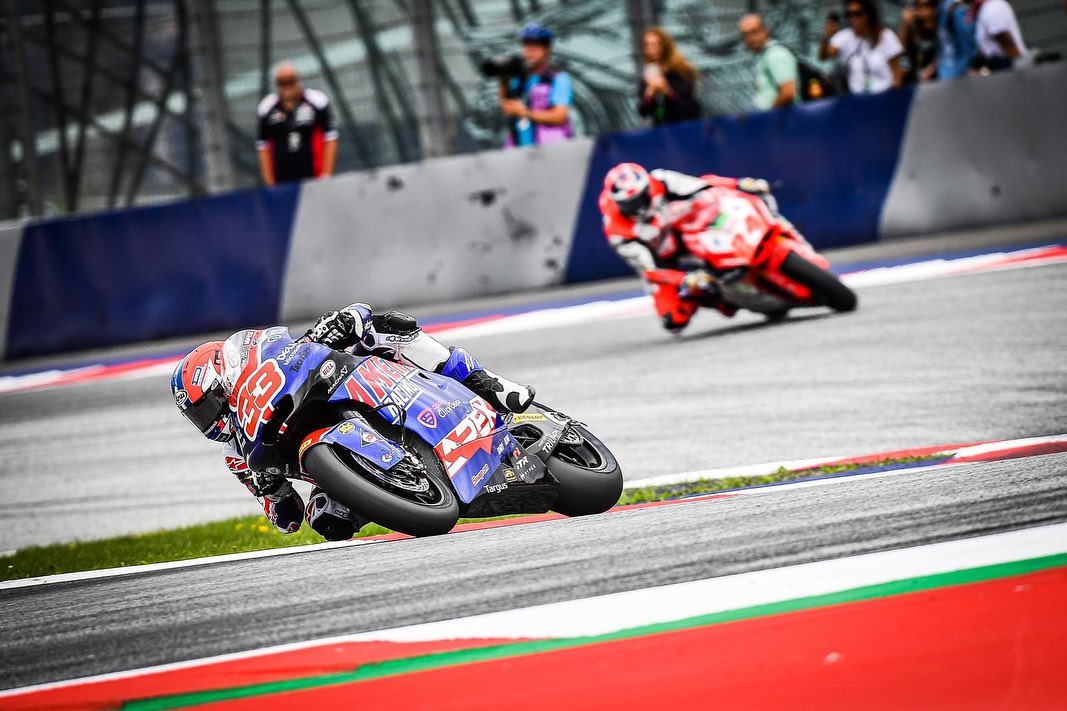 Rory Skinner completed the second of his two scheduled wildcard appearances in the Moto2 World Championship at the Austrian Grand Prix today, once again only just missing out on a top 20 finish.

Sunday saw the rider from Perth, Scotland, better his qualifying time in Sunday’s morning’s short warm-up session and the progress continued during the race as, just like at Silverstone 14 days previously, he battled with Moto2 veteran Simone Corsi for 20th place for the majority of the race.

Improving his knowledge and gaining in confidence throughout the 25-lap race, Skinner was able to close a two second gap to the Italian in the closing laps, finishing just two-tenths of a second behind at the flag to replicate the 21st position he gained at the British Grand Prix on his world championship debut a fortnight ago.

Speaking after the race at the Red Bull Ring, Rory said: “It was another amazing experience. It was difficult jumping back on the Moto2 bike after being on the superbike at Thruxton but we made a step forward on race day and again I learned a lot over the weekend.

“Big thanks to the American Racing Team for the experience, and to FS-3 Racing for allowing me to take up this opportunity. I will cherish these two races forever and while I don’t know what the future will bring, but for now I am really pumped to get back on my Kawasaki at Cadwell Park this weekend as we look to secure a place in the BSB showdown.”

Racing resumes for Rory in the Bennetts British Superbike Championship this weekend, with round seven of the series taking place at Lincolnshire’s iconic Cadwell Park circuit over the Bank Holiday weekend (28-29 August).