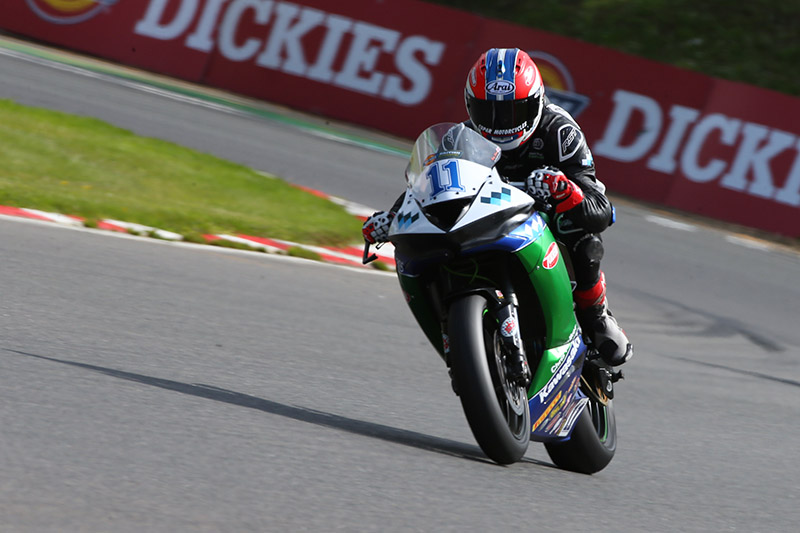 Watermans Team MSR Kawasaki rider Rory Skinner fought from the back of the grid to finish ninth in today’s Dickies British Supersport Championship feature race at Brands Hatch, overcoming the disappointment of a failure to finish Saturday’s sprint race with a technical problem.

With the rider’s fastest lap in the sprint race determining their grid position for Sunday’s main race, Skinner was hit with a double whammy after his drive chain failed on lap three. The retirement meant that not only would he miss out on the possibility of fighting for points in an unpredictable race hit by rain showers, but the lack of a lap time meant that the current British Talent Cup champion found himself 25thout of 25 riders on the combined Supersport/GP2 grid for Sunday’s 18-lap race.

From the back of the grid, the 17-year-old from Perth made up six places on the first lap and continued to pick off rivals in the opening half of the race, working his way up to ninth in the supersport class by half distance. Riding his Chris Walker Kawasaki-supplied ZX-6R, Rory was able to run times comparable to those of the riders battling for sixth, but with a seven second disadvantage due to the poor starting position, the young Scot had to settle for ninth in class and seven more championship points in his rookie season.

Speaking after the race Rory said: “It was never going to be easy from the back of the grid, so ninth was the best we could do today. I think that if I’d been able to get away with them, I could have run with the group in front of me, but I gave away too much in the opening laps. Overall, it’s not been too bad a result considering the lack of track time. We’ve tried a lot of new things with the bike this weekend and I’m looking forward to my home race at Knockhill, in two weeks’ time.”

For its next round, the series makes its sole visit to Scotland for round five, on the weekend of 28-30 June.