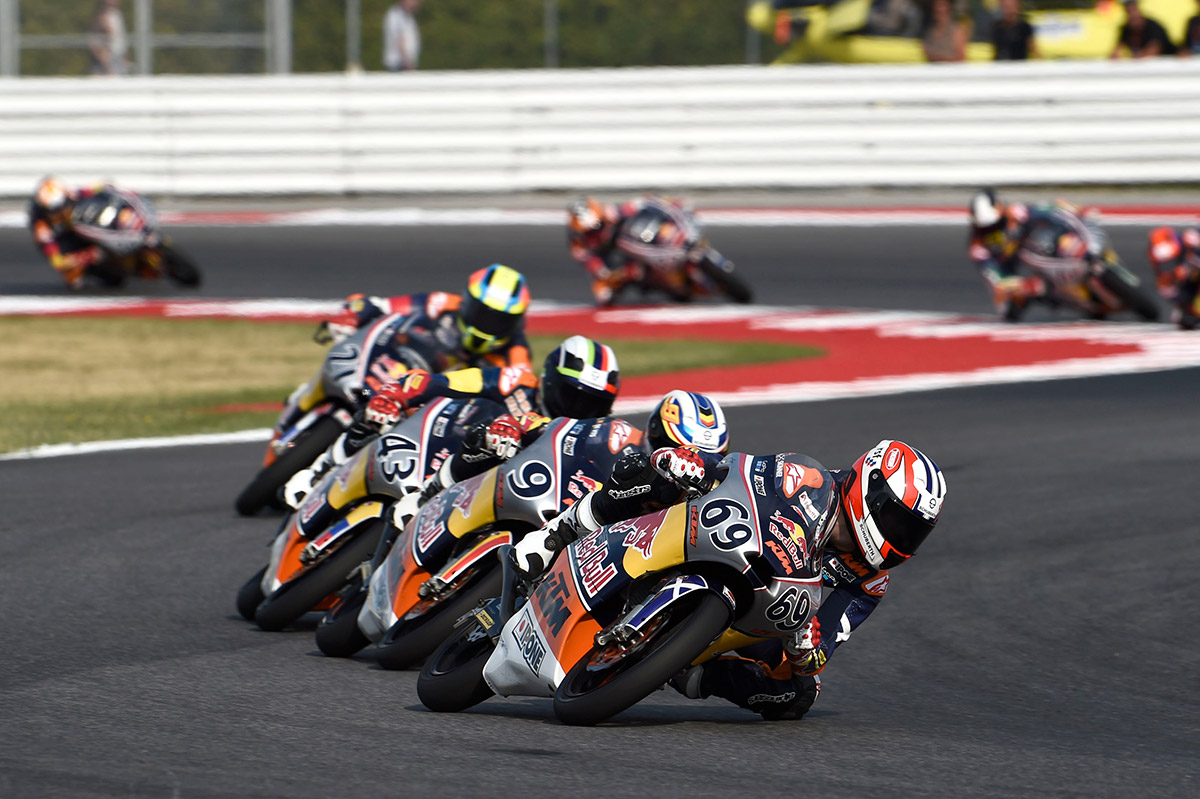 Teenage motorcycle racer Rory Skinner overcame a series of setbacks to put in a points scoring performance in the penultimate round of the 2017 Red Bull MotoGP Rookies Cup, held at the Misano World Circuit Marco Simoncelli in Italy this weekend.

The 15-year-old from Perth qualified in a strong seventh place for Saturday’s race but was forced to run off the track to avoid a first lap melee. The Scot was able to rejoin back in the pack but was unable to demonstrate his full potential due to a technical issue. Despite this, Rory got his head down to bring his KTM Moto3 machine home in 13th place – scoring three championship points in the series that sees the world’s most talented teenagers go head to head in a competition that runs alongside the MotoGP world championship.

“It wasn’t a great result but there are still a lot of positives we can take from this weekend,” Rory said after the race. “There was an incident going into turn seven on the first lap, when one of the Japanese riders collided with one of the Dutch guys. Three riders went down and I had to take avoiding action and run off the track to escape the melee. I rejoined three or four seconds behind the leading group but had a problem and run wide at the same spot on the next lap.

“From then on it was a tough race. I felt that I was riding well and making up a lot of ground on the brakes and through the corners, but I had a small technical issue which meant that I couldn’t accelerate as strongly out of the corners as I would have liked. I found myself in an eight rider battle for ninth and although I was riding strongly I just couldn’t get out of the pack and finished the race in the middle of it.”

The final races of this season’s Red Bull MotoGP Rookies Cup takes place in two weeks time, with a pair of races at the Aragon circuit in Spain. With riders invited to compete in the series for a maximum of three years, the Aragon races will mark Rory’s swansong in the championship. The Spanish circuit holds good memories for the Scot and was the scene of Skinner’s first international pole position and podium finish in 2015.

Before then, Rory’s next competitive action takes place this coming weekend, when he lines up for the Moto3 Junior World Championship races at the Jerez circuit in southern Spain.