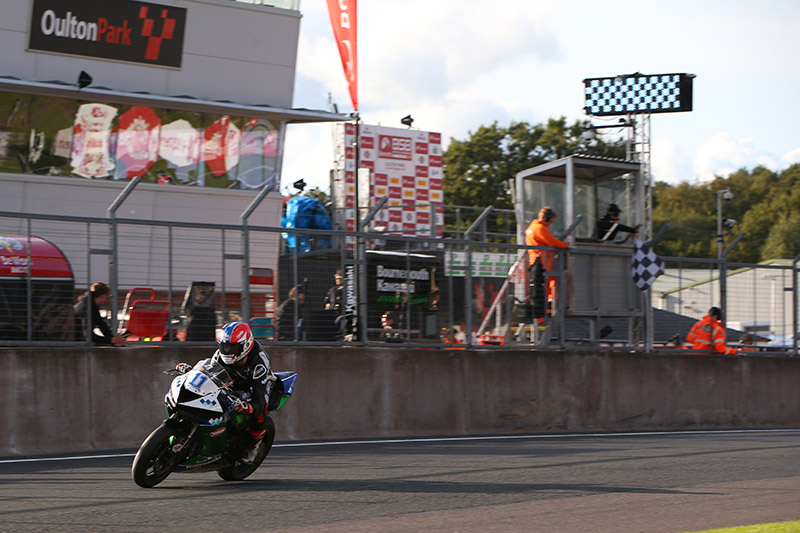 Watermans Team MSR racer Rory Skinner gave a strong showing in round nine of the Dickies British Supersport Championship, bringing his Chris Walker Kawasaki supplied ZX-6R home in sixth place, less than a second off what would have been his first podium finish in the class.

Saturday evening had seen the 17-year-old Scot finish ninth in the supersport sprint race, posting lap times in line with the group battling for fourth, but handicapped by a mid-pack grid position and being held up by slower riders in the opening laps.

For Sunday’s longer, 15-lap, Feature race Rory made a small change to the bike’s gearing as he lined up 10thon the combined GP2/Supersport grid (eighth in class). After making a good start to make up some places on the opening lap, and with some riders dropping out, Rory move briefly up to second in class as he battled with a number of more experienced competitors. A spell behind the safety car saw the group backed up and created a larger group of five riders battling for the final podium spot. In the end, Rory came home sixth in class, but less than one second behind the third placed rider, in a race that saw him drop his lap times into the 1:38s bracket for the first time.

“I’m really happy with that,” declared Rory. “We’ve made some really positive changes to the bike this weekend and it was good to be battling closer to the front again. If there was any slight disappointment it was that I couldn’t quite get as involved in the battle as I would have liked to, but I had a few big slides and a little bit of chatter in the end, which held me back a bit. Overall, though, it’s been a good weekend and I’m really looking forward to Assen, which is a track that I like and know well from riding the smaller bikes.”

The next round of the championship takes place in the Netherlands, and the iconic TT Circuit Assen, on the weekend of 20-22 September.