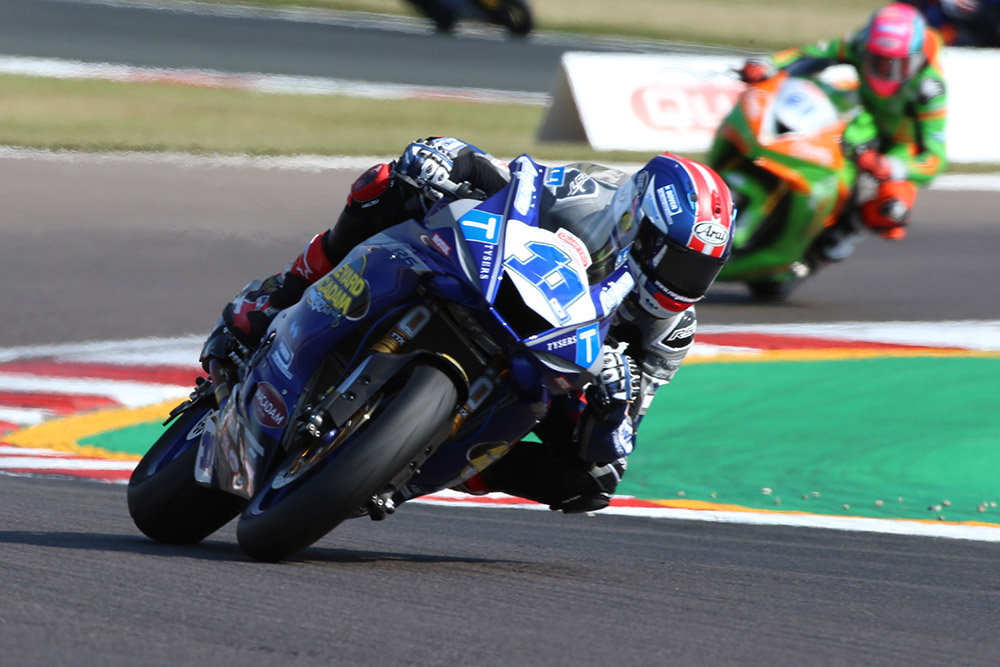 After a four-month delay to the start of the championship, Rory Skinner put in a perfect performance to take both wins at the opening round of the Quattro Group British Supersport series this weekend, his first on the Tysers Yamaha YZF-R6.

The 18-year-old from Perth was fastest in every practice session and started Saturday’s 20-lap Sprint race from pole position. After dropping back a place off the line, the former British Talent Cup champion swooped into the lead at the bottom of the famous Craner Curves and pulled away from the exciting dice for the remaining podium places, extending his lead to over 7.6 seconds at the chequered flag.

Sunday’s Feature race, reduced to 23-laps of the Donington Park National circuit after an incident on the grid involving another rider, followed a similar pattern. Starting on pole position again, as a result of setting the fastest lap in Saturday’s race, Rory was second going into the first corner but swept around the outside to take the lead as they went down Craner for the first time. The young Scot set a new lap record on lap six to break away from the raging battle behind him and continued to build up a seven second lead by half distance. The Tysers Yamaha newcomer eased off slightly in the latter stages but continued to extend his lead, crossing the line 9.356 seconds ahead of former championship runner-up James Westmoreland, who took his second runner-up slot of the weekend.

“It’s been an amazing start to the season,” said Rory. “The Tysers Yamaha team has prepared a fantastic bike for me. It’s been spot on all weekend and I am loving every lap I ride it.

“I just rode my own race and did my own thing in every session. During the race I could see the gap on my pit board but just kept focussed on riding at my own pace and what I knew I could do. It’s a brilliant start to the season and hopefully we can keep the momentum going into Snetterton in two weeks’ time.”

Team Owner Robin Appleyard summed up Rory’s performance, adding: “We had great hopes for Rory but to be honest he was on a different level all weekend, just amazing really! Pole, double win and fastest lap says it all.”

The Donington Park races were broadcast live on television but took place without any spectators present, due to the British motorcycle racing championships being regarded as an ‘elite sport’ by the UK government. With many teams and riders suffering in the current climate, Rory is keen to thank his backers for their continued support in 2020. He added: “I need to thank everyone for sticking by me this year. From Team Appleyard Macadam for putting their faith in me to ride their bike this season, to Watermans Solicitors and Dover Fueling Solutions who have stayed with me after sponsoring our private team last year and the many other companies, fans and individuals who continue to support me at this difficult time. There really are too many people to thank, but they all know who they are and I am pleased to get off to this winning start for them. We are lucky to be here racing this weekend. It’s a shame the fans couldn’t come along but I hope we put on a good show for everyone watching at home.”

Skinner’s perfect 50 point haul means that he leads the championship by 10 points from Westmoreland. Round two of the series, races three and four, take place at Norfolk’s Snetterton 300 circuit on the weekend of 22-23 August. 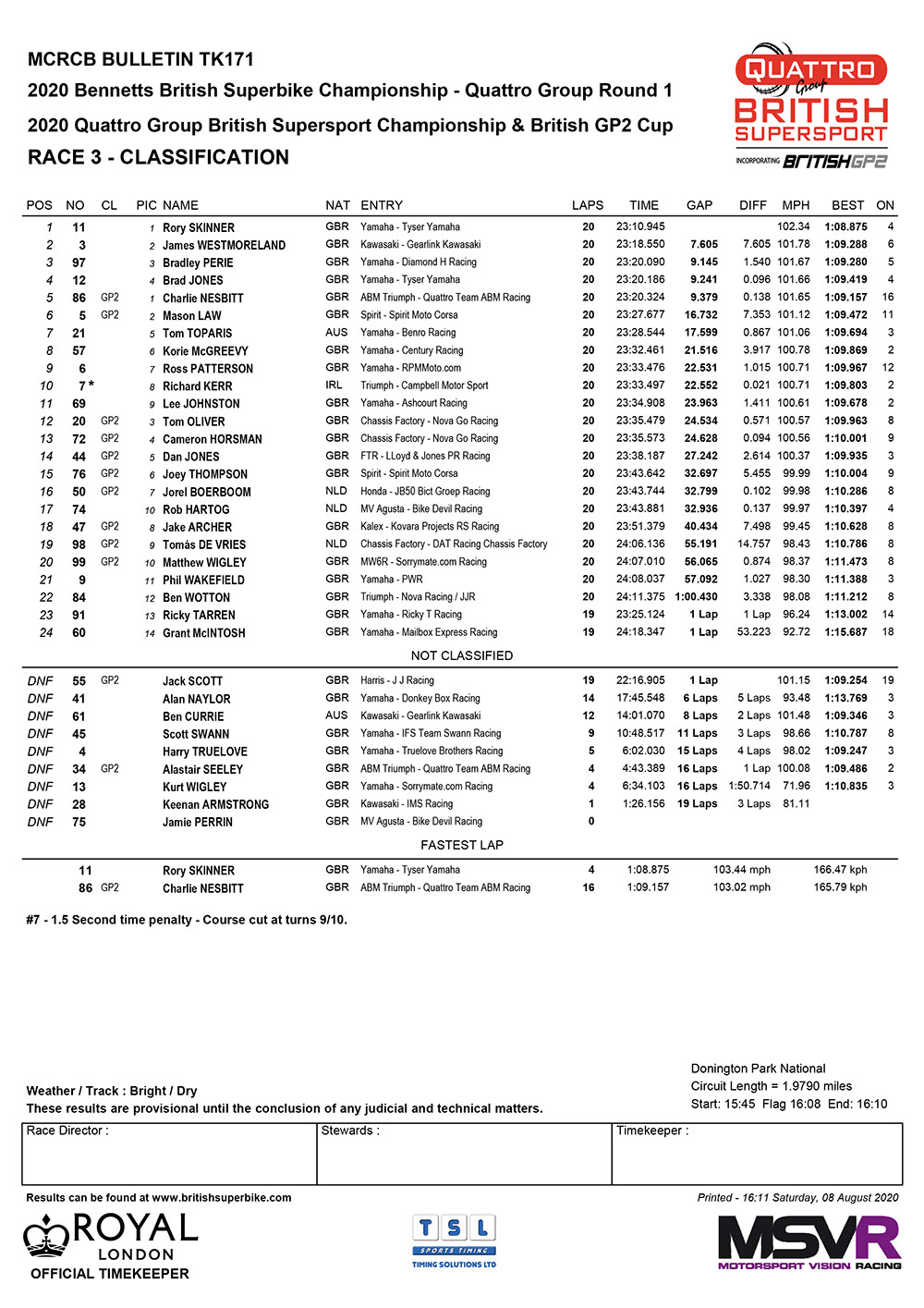 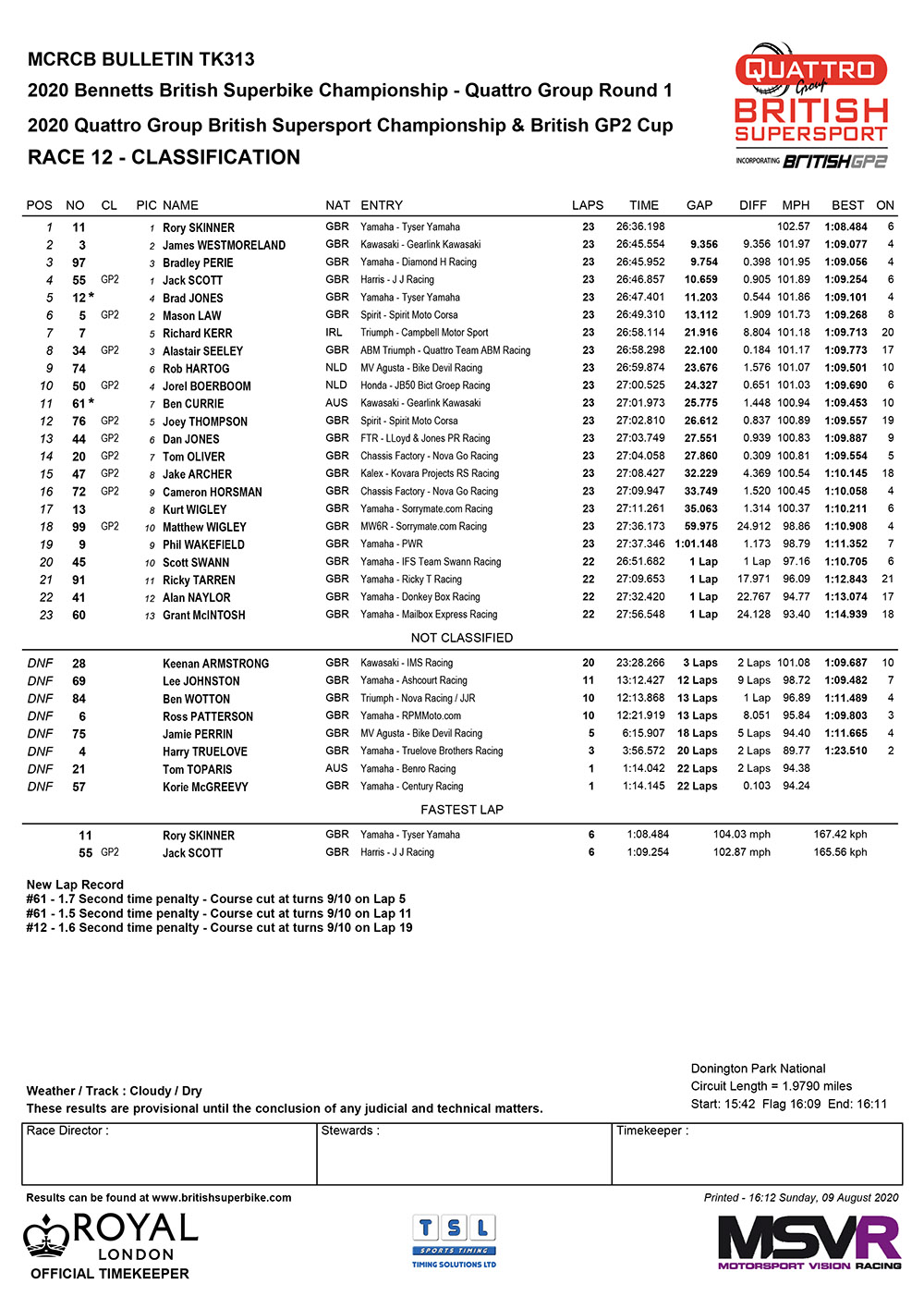 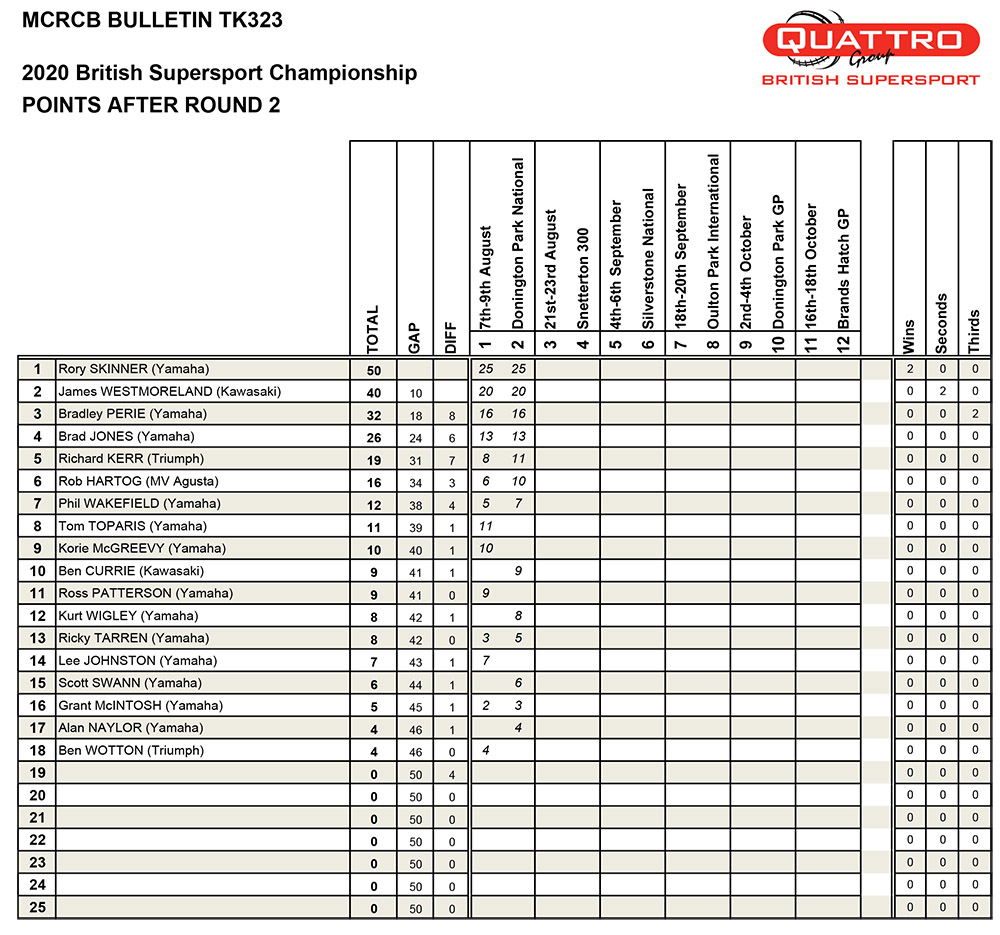