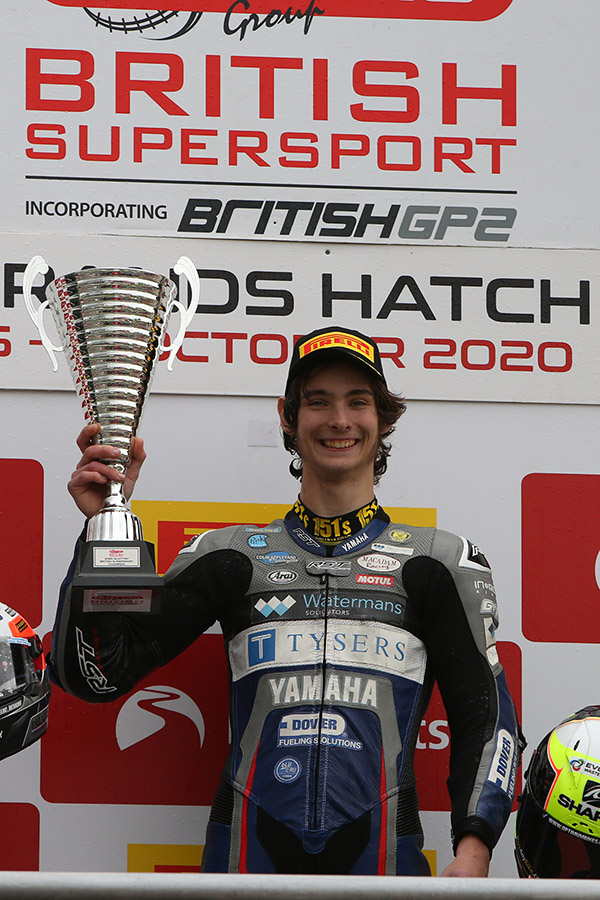 The 19-year-old from Perth, who had been crowned the youngest ever title winner with a win at Donington Park two weeks earlier, kept a cool head to hold off former series runner up Ben Currie to win Saturday’s 12-lap Sprint race and on Sunday he increased his total number of wins to 10 for the season with a runaway victory in the 16-lap Feature race.

Running the champion’s number one plate, the former British Talent Cup champion eased his way into the race and took the lead on lap four, setting a quick pace to break away from the intense three-way battle for second, ultimately taking the win by four seconds.

“It’s been a fantastic weekend to end a fantastic season,” said Rory. “I’ve loved riding as the champion and having the number one plate on the bike this weekend. I’ve said it at every round, but the Tysers Yamaha team, as always, gave me the tools to get the job done. Once I got to the front I was able to find a really nice rhythm and set a good pace to pull away and it was brilliant to end the year with another double.

“2020 has obviously been an unusual year with everything that’s gone on in the world but this season has been perfect for me. Team Appleyard Macadam Racing have been incredible. Robin, Alex, Garry, Amir, Peter, Lance and my Dad, along with the wider team, have made an amazing team and once again I have to thank all of my personal sponsors. I know that I say it all the time, but racing is an expensive sport and it really would not be possible without their support. I also want to say thanks to the fans. It has been such a shame that all the races were behind closed doors and that I was unable to race at my local Knockhill circuit but they have been so supportive to me on social media, and that means a lot.

“It looks like we will have quite a late start to 2021 but I am already really looking forward to whatever lies ahead. All weekend people have been asking me what I will be doing next year and although we are talking to some fantastic teams I don’t have anything sorted out yet. Hopefully we can get something finalised soon and I will be out training harder than ever, whatever championship I am racing in.”

The double win saw Rory take 10 wins out of 12 starts, with one second place and crash at Donington Park, on the wettest day of the year, to score a total of 270 championship points, 96 ahead of his Tysers Yamaha team-mate, and nearest challenger, Brad Jones. Brad and Rory’s results also ensured that the Team Appleyard Macadam run Tysers Yamaha squad win the 2020 team championship. 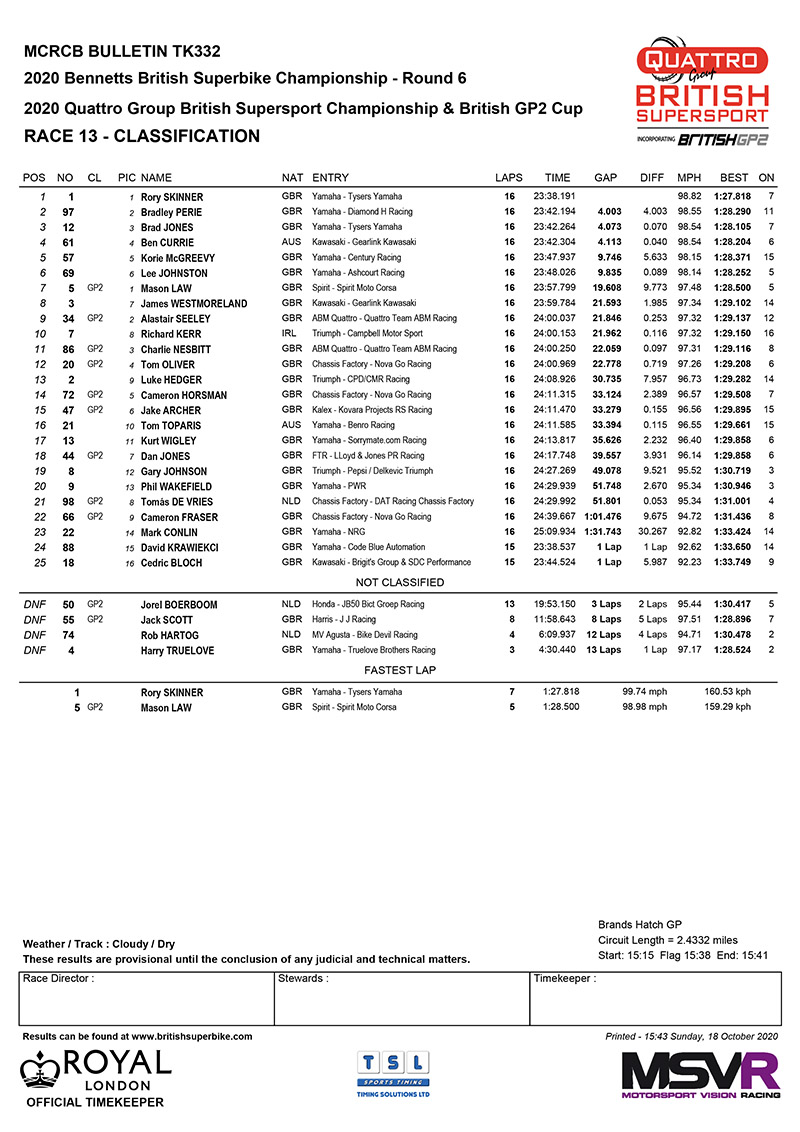 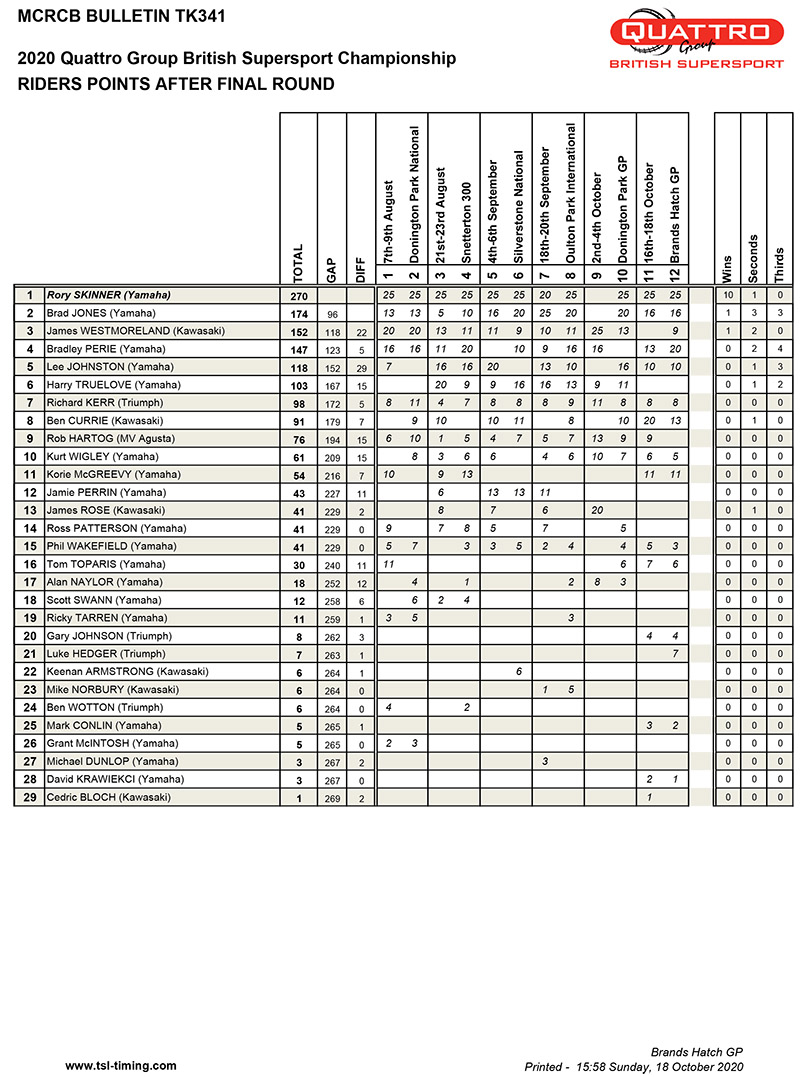