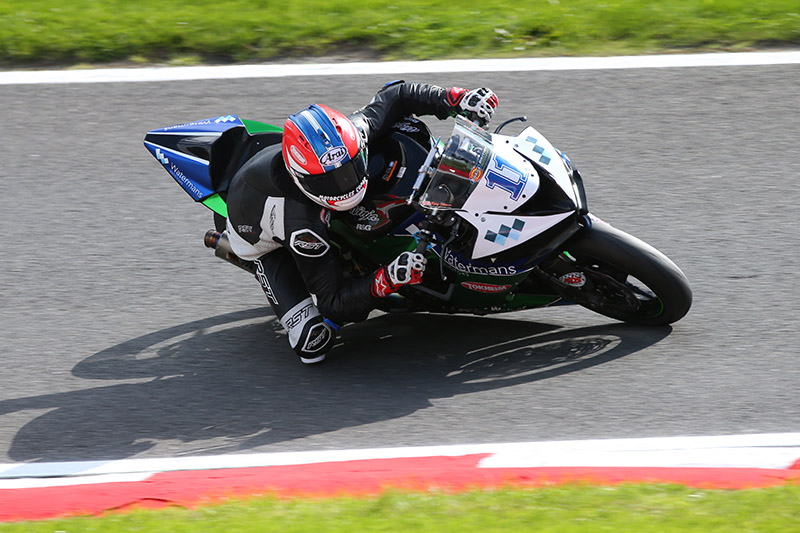 Dickies British Supersport Championship rookie Rory Skinner returns to familiar territory this weekend, when he heads to Oulton Park for round nine of the series.

The picturesque Cheshire circuit is one of the better known tracks for the 2018 British Talent Cup champion, being the venue for one of the three Pirelli National Superstock 600 Championship outings he made last year, as well as this year’s second round of the supersport series.

Although Rory raced at Oulton Park in early May, a lot has changed since then. That weekend he rode the same lower specification Kawasaki ZX-6R he raced in last year’s superstock championship, recording a ninth place finish despite giving away around 20bhp to the competition.

This time around his Watermans Team MSR Kawasaki will be running a full supersport spec engine prepared by Stuart Young Tuning, and with an additional four months’ experience in the class, the 17-year-old former Red Bull Rookies MotoGP Cup race winner is well placed to drop his lap times and be in a position to fight further up the field, despite still not yet being fully recovered from an arm injury sustained at Cadwell Park less than three weeks ago.

“I’m looking forward to returning to Oulton Park although this will be my first time there on a supersport bike,” said Rory. “It was pretty disheartening back in May, having the supersport bikes pull out half a second down the straights when I was on my superstocker, but Stuart has done a great job with the motors and as the speed traps have shown, we’re not lacking power anymore.

“We’ve learned a lot about chassis set-up and the suspension settings since then too, and my riding has improved, so I’m hoping to make a step forward this weekend. It’s a learning year for me, my dad and my mechanic Barry and we’re improving all the time. Our target is to keep moving forward, and it’s good to be back on more familiar tracks in the run to the end of the season, as the last three (Snetterton, Thruxton and Cadwell Park) were all new to me on the 600.

“Hopefully my arm won’t give me any problems this weekend. I basically put a hole in it at Cadwell Park and had to adjust my riding style to compensate for it. That made the race physically hard work and although it’s not fully healed, the stitches are out and I’m feeling much stronger.”

Before travelling to Oulton Park, Rory will be representing title sponsors Watermans Solicitors in a fundraising evening in Edinburgh on Thursday. Rory will be joining MotoGP journalist and Isle of Man TT winner Mat Oxley, who will be interviewing Valentino Rossi’s long time mechanic Alex Briggs at an event held in aid of Blood Bikes Scotland. A few tickets are still remaining and can be purchased from: https://www.eventbrite.co.uk/e/blood-sweat-and-motogp-tears-tickets-63749713108

As always, the races can be seen live on TV, with Saturday’s 12-lap Sprint race heading off at 5pm and Sunday’s 15-lap Feature at 3.40pm. Both races are live on British Eurosport 2, with Sunday’s activity simulcast on Freeview channel Quest.