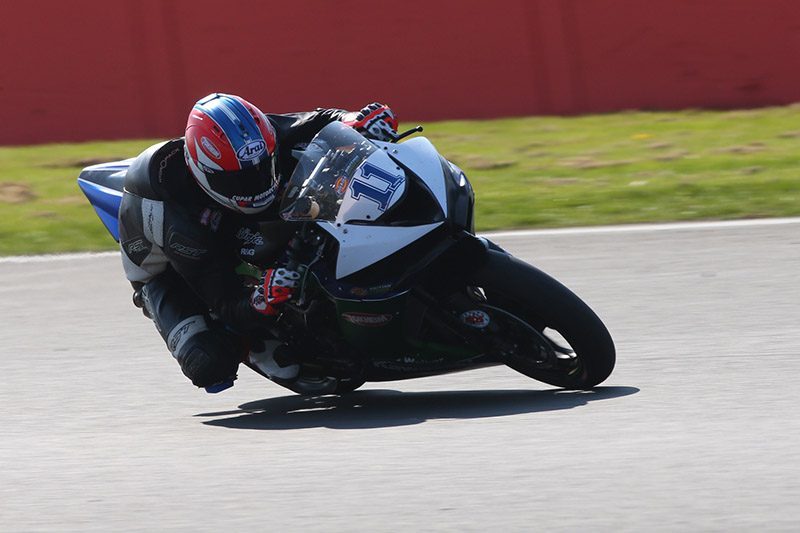 Cheshire’s challenging Oulton Park is the venue for round two of the Dickies British Supersport Championship, where Rory Skinner looks to continue upon the good work carried on his debut at Silverstone two weeks ago.

The 17-year-old British Talent Cup champion scored a ninth place finish on his Team MSR Kawasaki ZX-6R, and the team have been busy testing and developing the bike ahead of this weekend’s action.

Having raced in one of the Pirelli National Superstock 600 rounds at Oulton Park last season on a Kawasaki ZX-6R, it’s a familiar circuit for the team. Rory also attended last week’s official British Superbike test at the undulating 2.69 mile circuit, where he was able to complete 45 laps in wet and dry conditions. The bike has since spent the last week undergoing engine development work as the team looks to unlock some more power from the new-for-2019, 636cc, ZX-6R.

“There were a lot of positives to take from the first round at Silverstone and we are hoping to build on that this weekend,” said Rory. “We always knew that the opening round would be as much a test as anything else and that’s still the same this weekend, although hopefully we should be in a position to take a step forward. Stuart at Stuart Young Tuning and Alan at Harrison Performance have been busy working on the engine and exhaust system and I am looking forward to seeing what difference that will make out on the track, as we were searching for some more power at Silverstone.

“Like the other Kawasaki team, we struggled a bit with set-up at Silverstone due to a number of small changes between the chassis on the new ZX-6R and the old one. We’ve been speaking to Ohlins, and they are working on some new parts which should also help us take a good step forward and find a base set-up that works at all the tracks.

“Oulton Park’s a real rider’s circuit and I’m looking forward to getting back to racing there again. We’re realistic in our expectations for the weekend. Our aim is to take another step forward at Oulton Park and close the gap to the podium guys. We then have a three-week break before the next round at Donington Park, during which we should be able to make another step forward with the bike.”

Fans looking to keep up with Rory’s racing this weekend can watch the action live on British Eurosport 2. Sunday’s 12-lap Sprint race is scheduled to start at 17:20, with Bank Holiday Monday’s 16-lap Feature race starting at 15:40.