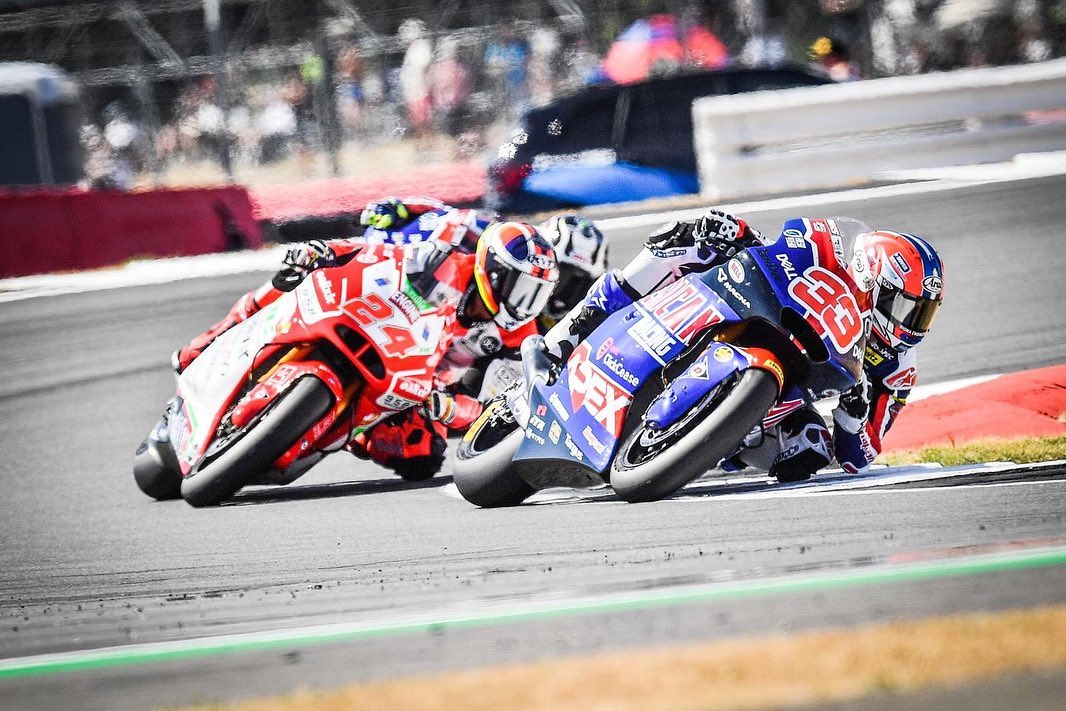 Rory Skinner gave a mature performance on his world championship debut today, narrowly missing out on a top 20 finish in the British Moto2 Grand Prix at Silverstone.

The 20-year-old from Perth, who usually races in the Bennetts British Superbike Championship for the Cheshire Mouldings FS-3 Racing Kawasaki team, made the first of his two wildcard appearances for the American Racing Team and showed impressive progress throughout the weekend. The young Scot had never ridden a Moto2 machine prior to Friday’s first practice session but made solid progress as the race meeting went on, lopping almost three seconds from his best time between first practice and qualifying to take 24th on the grid for his first world championship race, with a time just 1.8 seconds off pole position around the championship’s longest track.

In the race Rory was able to run a consistent pace, settling into a rhythm and running his fastest laps towards the end of the race, as he led a four rider battle for 20th, only slipping back to 21st at the very end of the 18 lap race after being passed by Moto2 veteran Simone Corsi, a five time Grand Prix winner.

Speaking after the race Rory said: “It’s been awesome. Ever since I was a kid I wanted race in Grand Prix and today was the day it happened.

“It was a long race and it took me five or six laps to get settled in. I’ve never raced against these guys, at least not on this bike and at this track, and it took me a little bit to figure out how I was riding, and how the guys around me were riding. Once I found my rhythm we started making progress and to be battling with an experienced rider like Simone Corsi taught me a lot. I learned more about the bike in the 18 lap race than I did in all the practice sessions, and that has put us in good stead for Austria.

“I can’t explain how good the environment has been this weekend. I’d never met any of my team before Wednesday and hadn’t even seen the bike, but it couldn’t have been any better. The people I had around me were fantastic and I felt at home straight away, so thanks to John and Eitan from American Racing Team for putting that together and, again, thanks to Darren and Nigel at FS-3 Racing for allowing me to take the opportunity.

“There has been so much to take in this weekend. The bike and the tyres are very different to anything I have ridden before. I am looking forward to going home and processing and analysing everything. Then on Wednesday we’re back to Thruxton and I am really looking forward to getting back out on my Cheshire Mouldings FS-3 Racing Kawasaki.”