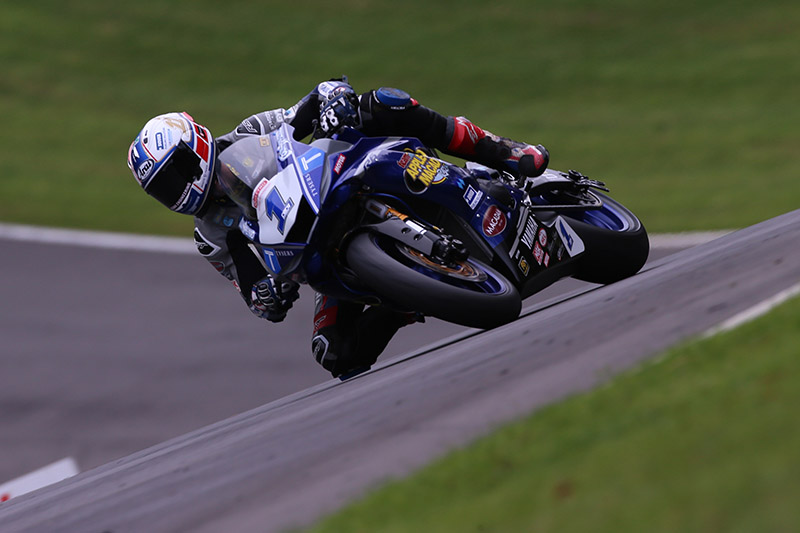 Running the number one plate on his Tysers Yamaha after winning the title two weeks ago at Donington Park, the 19-year-old Scot maintained his 100% qualifying record by securing pole position in a drying lunchtime qualifying session. The race, held in dry but cool twilight conditions, saw Rory move into the lead on the entry of Paddock Hill bend at the start of lap two, and he was never headed despite race long pressure from former series runner up Ben Currie. Racing at a hot pace, Rory led home Currie and Tysers Yamaha team-mate Brad Jones, with the leading quarter finishing 15 seconds ahead of the rest of the pack, with Rory taking his ninth victory in 11 starts and maintaining his record of winning at every circuit this season.

“That was an awesome race,” Rory said afterwards. “I was really enjoying my riding. There was no pressure on me from the team today, as has been the case all season, but I wanted to do well and show that I deserve the number one plate on the front of the bike. Ben pushed me all the way and I could see from my pit board that I was unable to break away from him, but I felt comfortable and I was delighted to take the win. I’m looking forward to tomorrow’s race and hopefully ending the season on a high.”

Tomorrow’s 16-lap Feature race, the final outing of the season, is scheduled for 15:10 and can be seen live on British Eurosport 2. 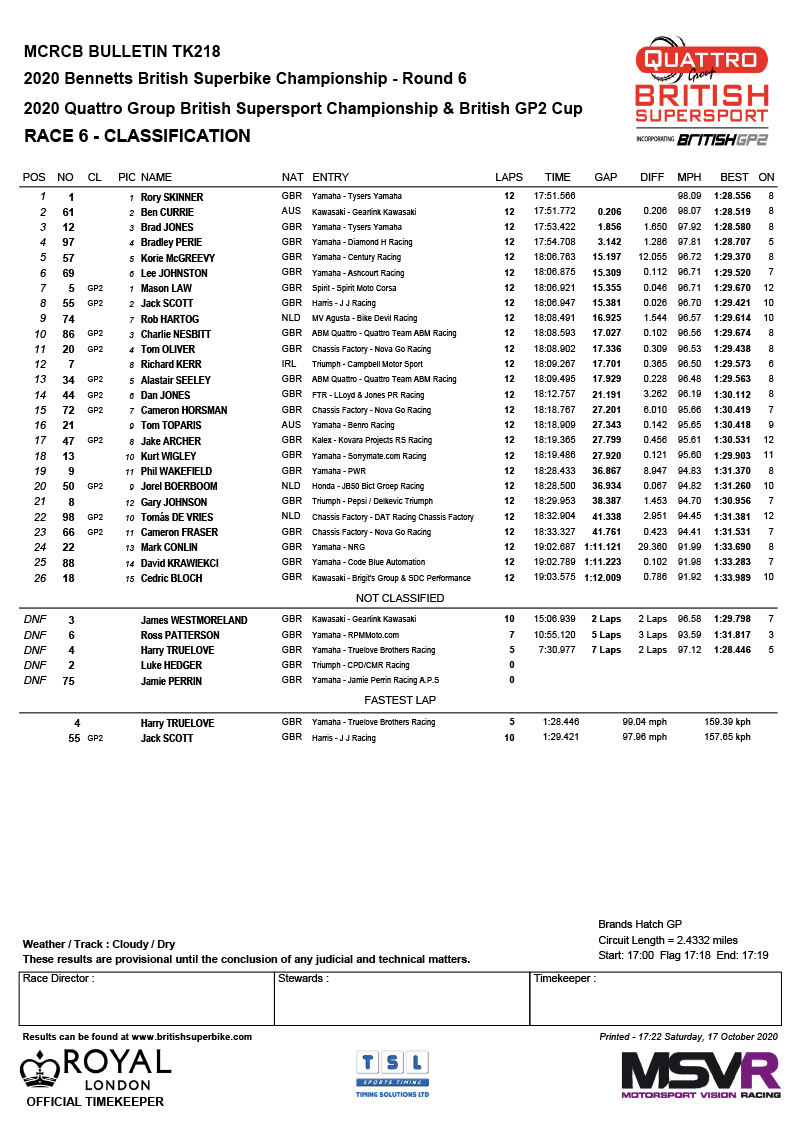