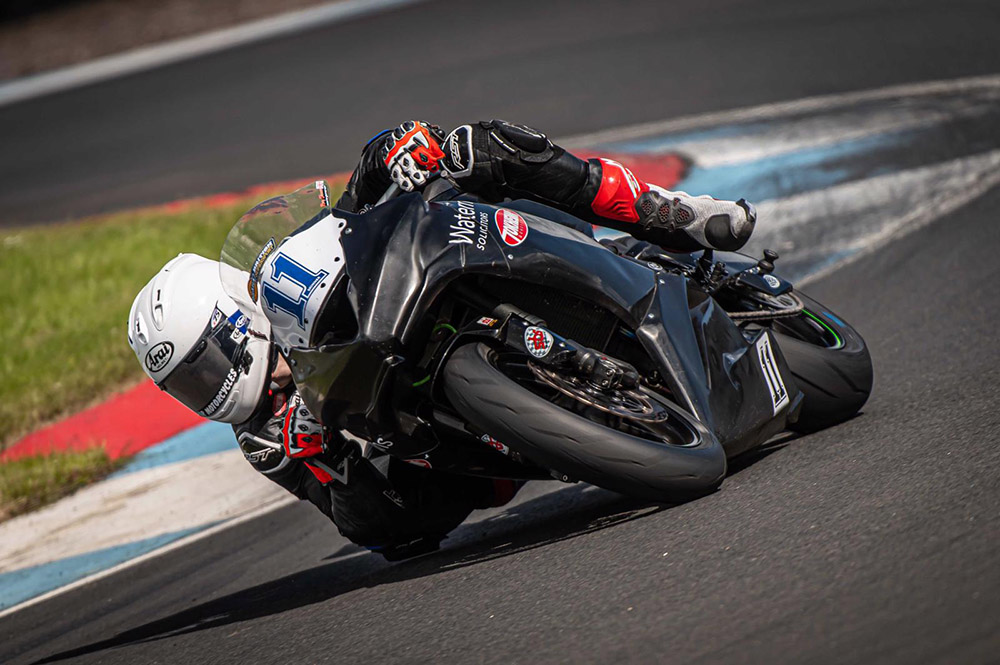 Round four of the Dickies British Supersport Championship takes place at Kent’s Brand Hatch Grand Prix circuit this weekend, with Rory Skinner and his Watermans Team MSR looking to build on the progress they made last time out at Donington Park.

Rory scored a pair of fifth place finishes at Donington, in his first meeting out on a full supersport specification Kawasaki ZX-6R, and the 17-year-old British Talent Cup champion is looking forward to making his first appearance at Brands Hatch in five years.

Skinner was one of the few supersport competitors to join the Bennetts British Superbike Championship riders at their Knockhill test on Monday, where he tried out a number of new developments carried out to the Kawasaki’s engine and exhaust system in the weeks since the Donington Park races.

Speaking ahead of this weekend’s races, the Perth-based rider said: “It was good to get out at Knockhill and we got some good quality track time in before the rain came late in the day.  I’m still new to this class, so any time I get on the bike is a real benefit. I was really happy with my riding at Donington Park and the bike is getting better at each round. We’ve got a good base with the chassis now and our top speed was good all weekend at Donington. Since then, Stuart Young has put a lot more work into the engine and Alan Watters at Harrison Performance has made some developments to the exhaust system based on the feedback we’ve gained in the opening races, so hopefully we will benefit from that this weekend.

“I’ve only ridden the full Brands Grand Prix circuit once before, when I did a wildcard in the Moriwaki 250 Junior Cup in 2014, so I’m going to have to spend Friday’s free practice session learning the lines on a 600. It’s a good track though, challenging and lots of fun to ride. I am looking forward to it, and hopefully we can carry on from the good progress we made at Donington and in the Knockhill test.”

Practice for the weekend’s racing takes place on Friday, with qualifying on Saturday morning. The two races will both be shown live on British Eurosport 2, with Saturday’s 12 lap sprint race scheduled to start at 17:10, with Sunday’s feature race due to go off over 18 laps at its usual start time of 15:40.