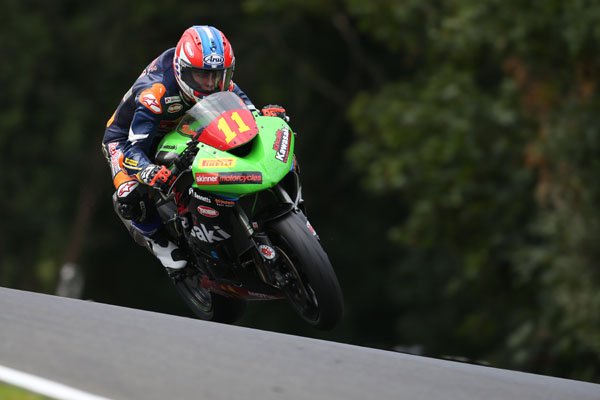 Riding his Bennetts Tokheim Kirkcaldy Kawasaki ZX-6R in the third of his three planned wild-card outings in the series, the 16-year-old from Perth ended the day second to 2018 champion Ryan Vickers ahead of tomorrow’s 12-lap race around the demanding 2.69-mile circuit.

“The front row is always the most important thing,” said Rory. “I would have liked to have been a bit closer in terms of the lap time, but we always knew that this would be the most challenging of the three rounds that we entered, both in terms of the characteristics of our bike and also because the championship regulars have raced here earlier this year.”

Rory topped the timesheets in Friday’s wet free practice session and will be looking to see what Sunday’s weather brings. He added: “The original forecast was for a wet race on Sunday and although there’s still a chance of rain it’s looking more likely to be dry. We’re still making a few changes to the dry set-up but, whatever the conditions, I’m looking forward to a good race tomorrow.”

Tomorrow’s race is scheduled to start at 12.50 and will feature as part of the TV coverage of the Bennetts British Superbike Championship on Eurosport 2.