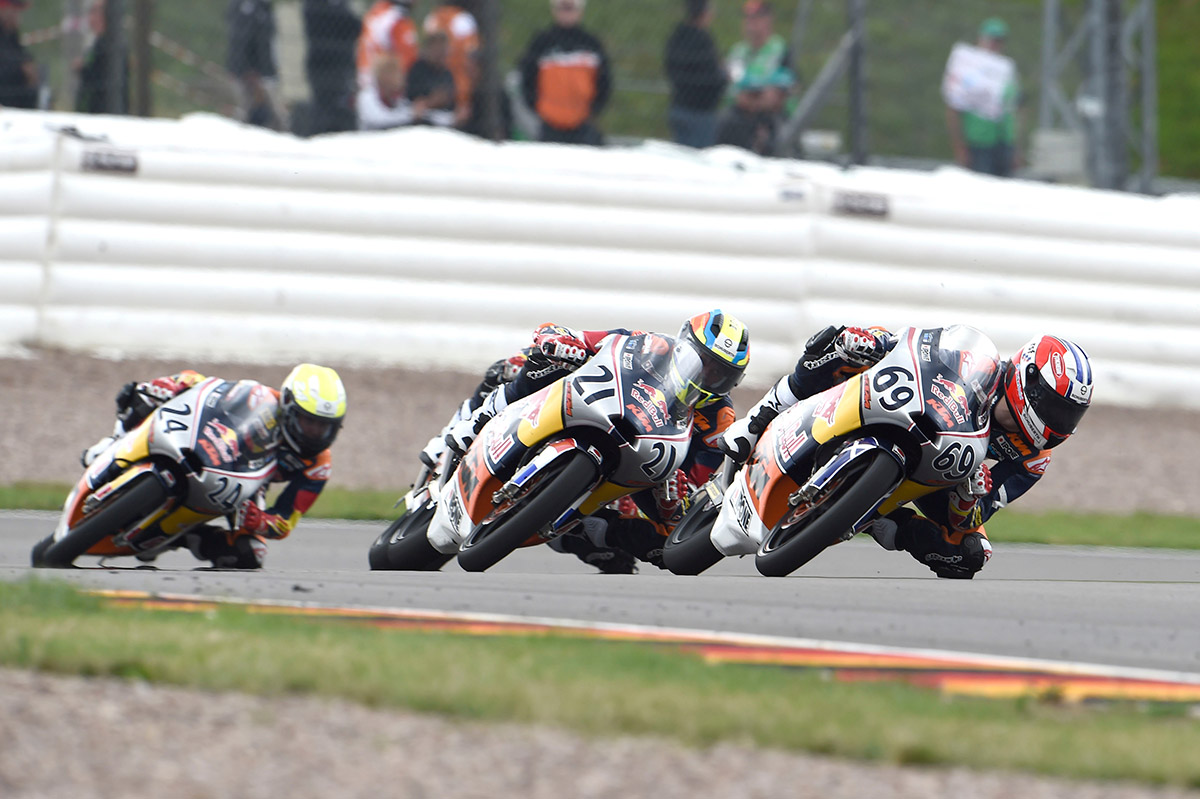 It proved a tough weekend for the 15-year-old from Perth, but the Scot battled on to take 15th in Sunday’s race in a weekend of mixed weather conditions.

“I qualified 12th, 1.2 seconds off pole, in the dry on Friday but the conditions were very wet for Saturday’s race,” said Rory. “The rain got really heavy as we came around on our warm up lap, which caused a delay, but when the race got underway I couldn’t really find a good feeling in the conditions and finished 17th.

“Sunday was dry again but I didn’t get a great start. I was in the big group that was battling for sixth but again I couldn’t really find a rhythm and in the end I brought it home for a point in 15th.

“Both here and Assen (one week earlier) have been tough weekends but I’ve stuck in, stayed on the bike, finished the races and got some points. The Red Bull MotoGP Rookies Cup takes a month break now, so I’m looking forward to taking a bit of a break and coming back at my best in Brno.”

Before the summer break, Rory will be in action at round four of the FIM Junior World Championship, which takes place at the Spanish Valencia circuit this coming weekend.