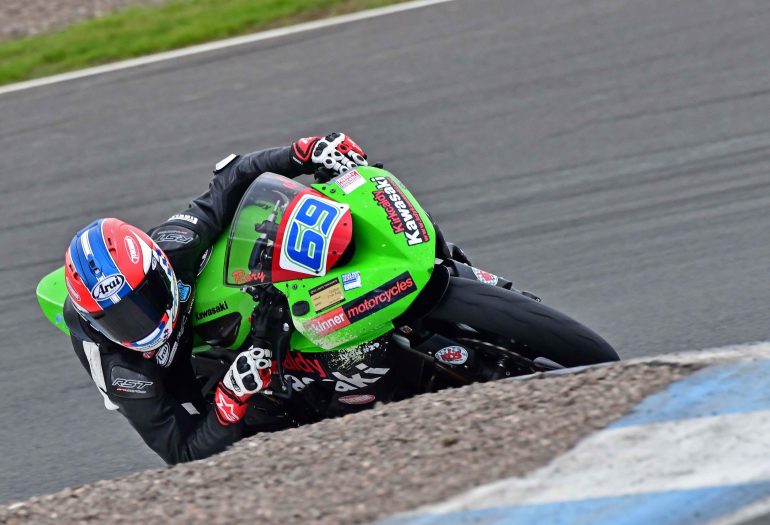 The Knockhill Motor Sports Club ended its 2018 season this weekend, with Perth rider Rory Skinner taking five wins out of five in the Formula 600 class on board his Kirkcaldy Kawasaki ZX-6R.

Sunday saw dry conditions for the three 600cc races and Rory was able to dip under the National Superstock 600 lap record he set during July’s Bennetts British Superbike Championship meeting as he rode to three more peerless victories. His five wins see Rory finish second in the KMSC Formula 600 championship, despite missing one of the four race weekends due to British Talent Cup commitments.

“It’s been great fun riding at Knockhill this season,” said Rory. “I didn’t have any racing, other than the British Talent Cup, lined up at the start of the year, so I really need to thank Brian at Kirkcaldy Kawasaki for providing me with a bike to race and practice on. The bike was brilliant this weekend and to end the season with five wins and five fastest laps was perfect. The conditions were really difficult yesterday but the guys at Knockhill did a great job to get through all the races. We’ve got a busy month lined up in September, and this has been a great way to kick things off.”